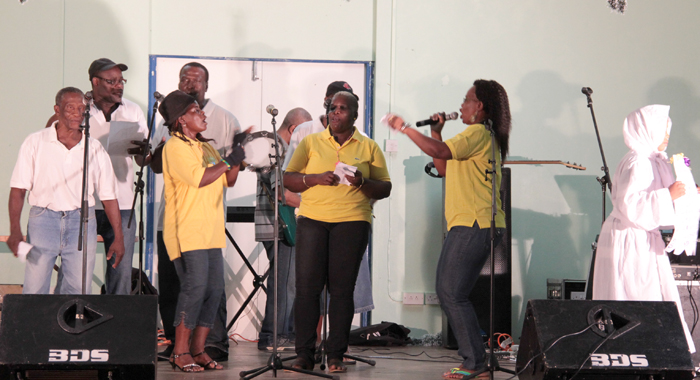 The carollers from Marriaqua placed second.

The Opposition New Democratic Party held its annual Christmas carolling competition at its headquarters in Kingstown on Friday, with some of the participating groups using the opportunity to take jabs at the government.

Eight groups, representing seven constituencies and the party’s youth arm, Young Democrats, participated in the competition, which was rounded off with a mini-fete after the event.

They were aided in their performance by music from several members of the popular band, Touch, which includes NDP activist Bryan Alexander.

East Kingstown came in ahead of Marriaqua, while Young Democrats, was third.

The others groups in the competition was Central Kingstown, South Windward, North Windward, South Central Windward and West St. George.