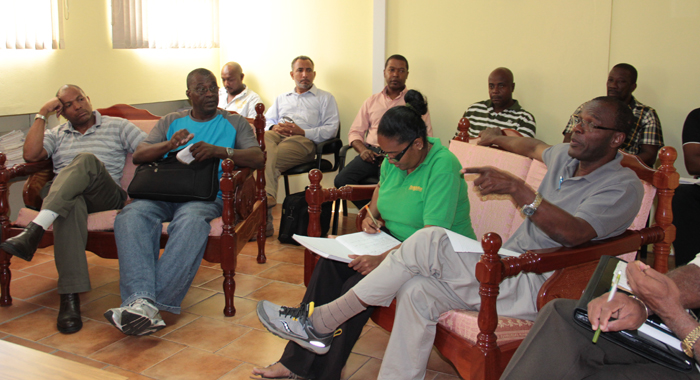 The opposition New Democratic Party says it is “unacceptable” that they were not invited to the disaster response planning meeting on Saturday, chaired by Prime Minister Dr. Ralph Gonsalves and involving local and regional officials.

Opposition Leader and NDP president, Arnhim Eustace, told I-Witness News on Monday that, as in previous disaster situations, “there has not been any real unity in dealing with those matters.

“And, in fact, a committee has been set up in St. Vincent and the Grenadines, it has persons even from overseas attending the committee meeting last Saturday, and the opposition as not even invited to discuss the matter at all,” Eustace told IWN on Monday after a planning meeting of the NDP’s executive and parliamentary caucus.

Torrential rains on Christmas Eve have claimed none lives, while four persons are missing and there is extensive damage to public infrastructure and housing in some areas.

Some communities have been declared disaster areas, and a Level 2 disaster has been announced nationally, meaning that the country needs some foreign assistance to cope with the damage.

The Level 4 represents a most severe situation.

Asked his opinion of the response of the government to the disaster, Eustace said:

“Well, nothing much has happened yet. People have been visiting in the different areas and looked at the damaged. But there is also damage to agriculture, which is not assessed yet.

“I saw some assessment work that is going on, but I am quite pleased with the work that has been done by the water authority and VINLEC. They were on the ground from the beginning and they are still on the ground doing very good work,” Eustace said of the state-owned power and water companies.

Eustace said that at the meeting on Monday, the NDP discussed its own

approach to dealing with the disaster and what the party can do to assist persons affected.