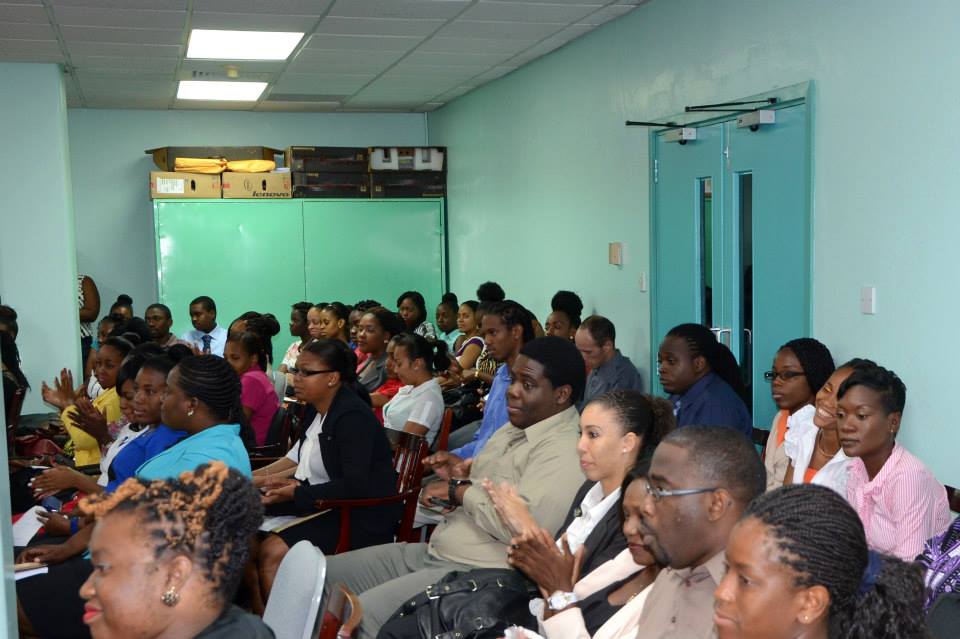 A section of the audience at the launch on Thursday. (Photo: Lance Neverson/Facebook)

One hundred and six Community College and university graduates will on Monday, March 17, begin one-year internships under the government’s Support for Education and Training (SET) programme, launched on Thursday.

Prime Minister Ralph Gonsalves, who is also Minister of Finance, said that interns who have A’ Level and associate degree qualifications will receive a stipend of EC$1,100 per month, while those with university degrees will receive EC$2,200.

“So, I have to balance it between the money that I have and how I can be reasonable to you,” he told the interns at the launch on Thursday.

He said that the interns have a wide range of qualifications, including in computer science, water resources management, linguistics, law, divinity, accounting, information systems and technology, life sciences, and biology.

“Among this 106 persons, you are a vindication of the government’s policy and your parents’ sacrifice and investment,” the prime minister said.

He said that public servants had selected the interns.

“All I said to them, make sure … you select, … competitively, and make sure there is a wide spread, from Union Island coming up all the way from North Leeward to North Windward, and every place in between, so that there is no geographic discrimination,” Gonsalves said.

He further warned the interns that the programme “not a joyride”.

“Laziness is an absence of virtue. You must work. A progressive society has never been built anywhere in the world on leisure, pleasure and nice time,” Gonsalves said.

“Please have a good work ethic and produce,” he further stated, adding that the Public Service has “its own peculiarities” to which interns might have to adjust.

Meanwhile, Cabinet Secretary, Kattian Barnwell explained that the SET programme is a pilot in a project expected to become an annual programme.

She said the aim is to provide recent graduates of the Community College and university with the opportunity to gain work experience.

Barnwell further said that it is anticipated that many of the interns will find permanent employment in the public or private sector.

Most of the interns have been assigned to the Ministry of Education and the Community College and will be involved in clerical and administrative work.

5 replies on “Government launches Support for Education and Training programme”