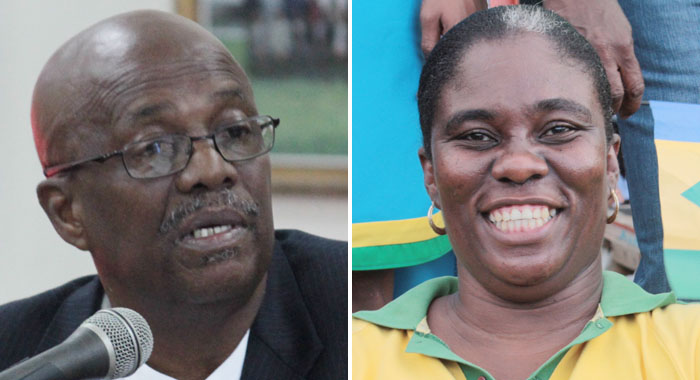 Leader of the Opposition Arnhim Eustace says he has “no comment” on the ruling of a tribunal which on Monday upheld the ruling of the Labour Board and gave him one month to pay his former secretary, Rishatha Nicholls, EC$16,199 in severance.

“They have taken a decision, I have no real comment on that, at this time,” Eustace told I-Witness News on Tuesday.

But Nicholls told I-Witness News Monday night that she was pleased with the development.

Eustace, who has argued that Nicholls is not entitled to severance because she was dismissed with cause, had appealed the ruling of the Labour Board, which last May ordered him to pay severance to Nicholls.

Nicholls told I-Witness News that she represented herself before the tribunal, while lawyers Bertram Commissiong, QC, Mira Commission, and Maia Eustace — Eustace’s daughter, appeared on behalf of Eustace.

Nicholls said that the tribunal ruled that she was entitled to severance “by virtue of the section of the law”.

“Because there was nothing that said Miss Nicholls did something to be dismissed in the manner in which I was dismissed,” she told I-Witness News on Monday.

“All along, and I keep saying from the very beginning, that NDP (the New Democratic Party) needed to clarify the matter,” she further said.

“They refused to and it had to end up the way it is — almost a year, going to three sessions of the Department of Labour for them to know they wrong.”

Eustace is head of the NDP, but Nicholls’ salary was paid by the government — in keeping with the established arrangements.

“… I have been saying all along, you can’t be doing these things to people,” she said in reference to her dismissal.

“You have to be more responsible than that. So, I am grateful that at least I could have gotten an independent listenership than just the political way,” she further told I-Witness News.

“I just want to thank God, that at least that leg is over. I am grateful to him that I could have at least stood up and represent myself…