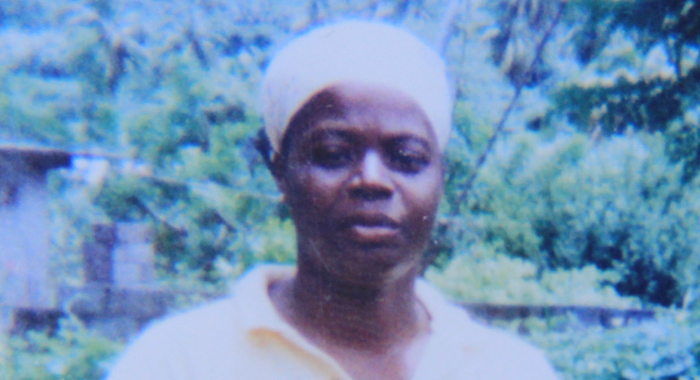 Police have identified a suspect in the murder of Miranda “Wiggy” Williams of Rillan Hill.

Police have identified a suspect in the murder of Rillan Hill residence Miranda “Wiggy” Williams, whose body was found in Penniston with a gunshot wound to the chest on Saturday.

Commissioner of Police Michael Charles said on radio on Wednesday that a male assisting police with their investigation is also a suspect in the case.

He, however, said it was “early yet” to say whether any charge will be brought against that individual.

A senior police officer told I-Witness News on Thursday that the police were yet to charge anyone in connection with Williams’s death.

The 34-year-old mother of two was last seen about 200 yards away from her house, and reports by villagers suggest that she was abducted then killed.

The police chief said that police in Penniston received a report after 10 p.m. Friday that a male and a female were fighting.

“The police responded, they went to the area and they met nobody — no one was around. And next morning to be greeted with this sad incident of a female being met with a gunshot to the chest, dead,” Charles said.

He also said police were yet to make an arrest in the murder of 25-year-old Sion Hill resident Roger Bramble, whose body was found on the bank of a stream in Brighton on Monday.

Detective Station Sgt. Trevor Bailey told I-Witness News that police had responded Saturday night to reports of gunfire in the area but did not find anything untoward.

Meanwhile, Charles said he was not in a position to say whether the killings were targeted.

“The young man Bramble, I know nothing about him; the young lady Williams, if the persons who were fighting, if that’s them, that could be something domestic. So I don’t want to put it to say they are target killings,” he said.

The two killings on the weekend are in addition to the shooting of Campden Park resident, 31-year-old electrician Alphanzo Weekes, who, police say, was shot by an unknown occupant of a car.

“I don’t want to make it sound like we are in a warzone,” Charles said.

However, noting the nature of the shooting in Campden Park, he added,

“I mean anything can happen. I don’t want to sound alarming really.

“Generally, citizens and visitors in St. Vincent are safe, but we have the odd occasion when people may just turn beasts — for want of a better term — and perpetrate these types of acts,” he said.

He urged the public to communicate to the police any information they have that might help to solve the crimes.

Charles said that persons who feel uncomfortable relaying information to lower ranked officers can contact senior police officers or himself with any information they have about crimes and criminals.

St. Vincent and the Grenadines has recorded nine murders so far this year.