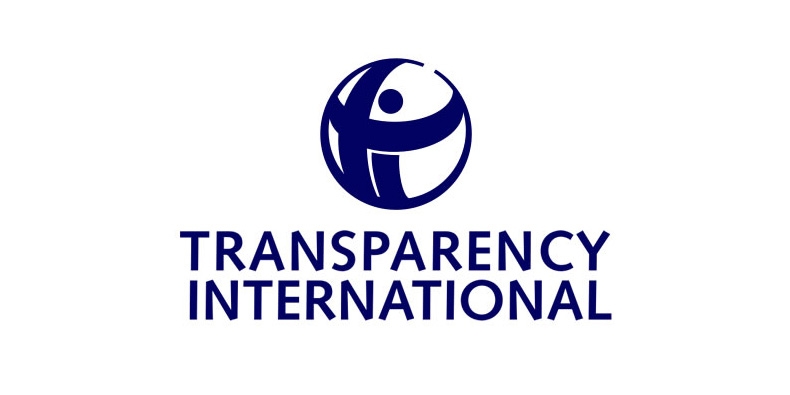 According to Transparency International, “Corruption is the abuse of entrusted power for private gain. It hurts everyone who depends on the integrity of people in a position of authority”. If you don’t prosecute, there will be no local record of criminality and therefore no international record of the same. I believe this is the game that is being played in Vincentian politics for the last 14 years.

Under the ULP regime, no one is ever arrested for corruption. They are enquired into, investigated, and if found to be a ULP supporter, often given a better job. By adopting this procedure there are no international reports that will damage the SVG government on the world stage. Yet corruption is rife in just about every ministry, every government department and every government agency. Few if any are ever taken before a court. There are therefore no public records generated of wrongdoing.

The finding of Transparency International is quite worrying.  They are either being lied to or being starved of information.  There are dozens of instances of corrupt practices in SVG. Whispers and mentions in court proceedings of top government ministers being involved in the drug trade, report of a government minister demanding bribe money from a church minister (The church minister claims to have partly paid such demand), ministers that have become unbelievably and impossibly wealthy on a parliamentary salary. Many offences reported in ministries, of ministers, of uninvestigated money laundering by members of government and others; nepotism with ministers children getting top government jobs; exclusive jobs for ULP party members; excessively highly paid jobs (sometimes phantom jobs) given as political favour to old friends of the party and friends of top ministers, exclusion of NDP members and sometimes their families from job opportunities; ministers having free houses built by contractors; ULP members and parliamentarians appear to have immunity from legal proceedings; the son of the Speaker of the House acting as intermediary in a department in which he worked, selling the department electronics at inflated prices; dodgy passport matters; destruction of huge quantity of unissued passports instead of mutilation of the same; Taking money under false pretences for US Green Cards, recently $300,000 stolen from the court registry; Vincentian companies set up by agency chiefs with the same or similar names as suppliers. There are dozens of instances of corruption, all pushed behind a screen, away from the prying eyes of international agencies. No one is ever prosecuted or convicted, so no records exist.

The data sources used to compile the Transparency International index include questions relating to the abuse of public power and focus on bribery of public officials, kickbacks in public procurement, embezzlement of public funds, and on questions that probe the strength and effectiveness of anti-corruption efforts in the public sector.

I enquire if this is a sort of Maurice Bishop mode of working,  where two sets of documentation are kept, or perhaps in this case no documents are raised at all?

So I reiterate, is this a part of the Maurice Bishop unfinished work, or is it even a duplication or mirror image of some of his completed work?

There are no official published reports but, the “CIA US Country Reports” see right through that. They know what is going on and report on the same.  Because they gather information from informants, even government ministers, business people and lawyers.  WikiLeaks has shown that to us

Because according to the “CIA US Country Reports”,  “St. Vincent and the Grenadines is a source, transit, and destination country for some abused men, women, and children”. In 2013, the US Government wrote, “The Government of St. Vincent and the Grenadines does not fully comply with the minimum standards for the elimination of trafficking. The government did not refer any potential victims to the center or launch any prosecutions against trafficking offenders“.

The basic problem is the refusal of the ULP government to adopt integrity legislation. In SVG there is no such legislation in place, despite the production of a draft Bill by the NDP, and frequent calls from them to bring that legislation forward.  The ULP has taken a reverse and perverse position in stifling such legislation and all attempts to bring it forward.

As long as there is the screen of ULP government silence and misinformation, we will remain a state that can be described as one of immorality and liars, a state with a government who I would personally describe as liars, cheats and thieves.

It goes on to say, “Corruption often goes unchallenged when people do not speak out about it. Witness accounts offer invaluable insights into corruption, and are powerful tools in the fight against it. From exposing multi-million dollar financial scams to dangerous medical practices, whistleblowers play a crucial role in saving resources and even lives.

But in some countries, blowing the whistle can carry high personal risk — particularly when there is little legal protection against dismissal, humiliation or even physical abuse. Controls on information, libel and defamation laws, and inadequate investigation of whistleblowers’ claims can all deter people from speaking out”.

“Whistleblowers are less likely to report workplace misconduct when their employers do not provide clear internal reporting channels. And in some settings, whistleblowing carries connotations of betrayal rather than being seen as a benefit to the public. Ultimately, societies, institutions and citizens lose out when there is no one willing to cry foul in the face of corruption”.

Offering a simple, credible and viable mechanism for citizens to pursue their corruption-related complaints, ALACs empower citizens in the fight against corruption. ALACs also play a critical role identifying corruption hotspots that demand reform or official action. Harnessing the powerful, real life data gathered by ALACs on the consequences and mechanisms of corruption, Transparency International chapters engage in strategic advocacy to bring about systemic change in public policy and practice.

If you wish you may also contact the author of this article, who would be pleased to tell it for you, respecting your anonymity in any article that I write.

4 replies on “Transparency International being fooled by SVG’s gov’t?”