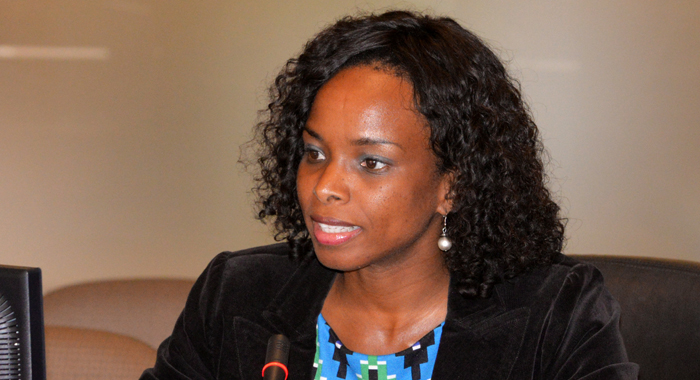 WASHINGTON, DC — Permanent Representative of St. Vincent and the Grenadines (SVG) to the Organisation of American States, La Celia A. Prince has been elected by the Permanent Council of that organisation to serve on the Committee of the Leo S. Rowe Pan American Fund.

She succeeds outgoing CARICOM Representative and chair of the committee, Deborah-Mae Lovell, Ambassador of Antigua and Barbuda. It is the first time that SVG has been elected to serve on that particular committee at the OAS.

As the CARICOM representative on the committee, Prince will work with the Office of the Secretary General and other sub-regional Representatives (one each from Canada, USA, Central America and South America), to oversee and administer the fund.

Addressing the Permanent Council upon her election, Prince thanked her colleagues for the confidence they have expressed in her and congratulated her predecessor on her sterling representation of CARICOM and chairmanship of the Committee over the last eight years.

“As the Permanent Representative of a country that places very strong emphasis on strengthening education opportunities and scholarships for young people, it is an especial honour for me to have been elected to serve in this capacity,” she said.

“I hereby pledge my best efforts to … serve the committee with the earnest determination of continuing to uphold the Rowe Fund as a seminal facility available to the students of the Americas in pursuit of higher education”.

The fund, named for its initial benefactor, began in 1948 based on an endowment bequeathed by Dr. Leo Stanton Rowe, an American diplomat who was Director General of the Pan-American Union, the precursor institution to the modern-day Organisation of American States.

As a diplomat, Rowe was an ardent supporter of Pan-Americanism and advancement through education. The Leo S. Rowe Fund is therefore an OAS-sponsored loan programme, providing loans of up to US$15,000 to eligible students from Latin America and the Caribbean who are pursuing studies in the United States.

The fund, which permits the students to complete their education in the United States while allowing deferment of payment until studies have been completed, is widely regarded as one of the most successful instruments of the Organisation that fosters cultural diversity and friendship among the youth of the Americas.

Since its inception in 1948, the fund has served 6,678 students from the 32 eligible countries of the OAS with interest-free loans (the US and Canada are not eligible for access).

As of 1994 to date, SVG has had only six scholars participating under the loan programme.

Vincentian students studying in the United States who wish to take advantage of the facility can find more information about the Fund and the application process on the website of the Organisation of American States.