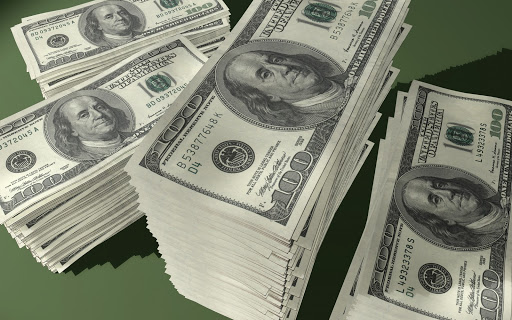 In late 2009, some strange financial transactions captured the public’s interest. It is alleged that a member of the ULP took a bag containing US$1 million dollars in cash into the National Commercial Bank and asked them to exchange it for EC dollars. It is further alleged that the individual was later that day asked to come and collect the US dollars because the bank refused to carry out the transaction.

It is alleged that very shortly thereafter, certain ULP members and members of Prime Minister Gonsalves’ family and ULP colleagues converted quantities of US dollars to EC Dollars at the NCB.

There are plenty of news stories about these matters, as a search of the Internet will show.

Then it was later alleged that one million in US cash was taken to the NCB bank and put into the government treasury account.   We have never been informed if this was the same US$ 1 million in cash or was another US$1 million in cash.

Now, despite questions being asked about these alleged transactions, there has never, to my knowledge, been what I would call a credible explanation, or even any explanation at all to some of the matters referred to.

To be fair, you should read this article: ‘Nothing wrong’ in Gonsalves’ family, bank dealings”

“There was nothing wrong with members of the prime minister’s family and high ranking officials of his party selling thousands of US dollars to the state bank in St. Vincent and the Grenadines (SVG) over the last month.

“That was the word from the country’s Prime Minister, Dr. Ralph Gonsalves to reporters this week.

“Nothing wrong has been done! Nothing!” Gonsalves said.

“The institutions are working. The National Commercial Bank [NCB], they have a fine leadership … and I expect that they will conduct their business within the framework of the law,” Gonsalves said.

A flickr account displayed sections of documents purported to show the sale of US Dollars transactions to the NCB by members of Gonsalves’ family, including his Wife Eloise Gonsalves, daughter Isis Gonsalves and his son Storm Gonsalves.

The document also recorded transaction allegedly made by other high ranking members of Gonsalves’ Unity Labour Party (ULP), including president of Unity Youth Rosette Bennet and then senator, Saboto Ceasar.

I ask, has there been, or was there an investigation into these matters?  I am personally unaware there has never been a Financial Intelligence Unit (FIU) investigation, or any police investigation.  Grenvile Williams, director of the FIU should be aware that this matter must be investigated or re-investigated at some time in the future, under his watch or under another watch.

So once again sir, Mr. Prime Minister Gonsalves, where did the US$1 million in cash come from, if it was public donations to the ULP, prove it is so. How did it get to SVG? Was it declared to Customs?  Was it reported to the FIU as is a legal requirement? Was it reported to the police? I must ask these questions because if you or I bring $10,000 in cash through the airport without proper paperwork, etc., they would call the FIU and the police on you, and the money would be confiscated.

If you don’t want to deal with me, a person whom you describe as an Internet crazy, deal with people who you should have dealt with a long time ago.  Mr. Arnhim Eustace of the NDP, who is a financial wizard, show him now the audit reports regarding these US dollars.

If proper answers are not forthcoming I reserve the right to contact all international agencies and discuss the matter with them.   I will also send a letter out to the Commonwealth Office, the US State Department, all international and regional newspapers, and to every embassy in the Caribbean.