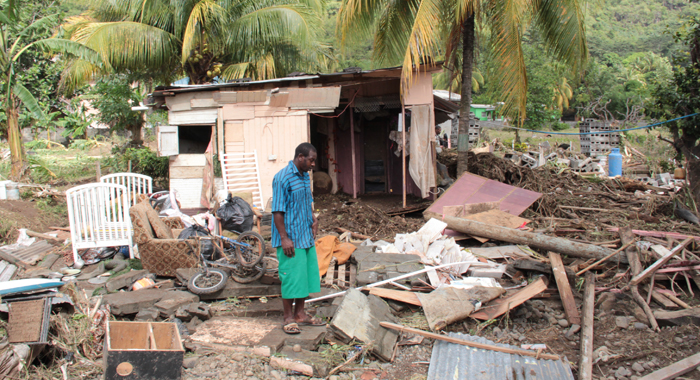 St. Vincent and the Grenadines (SVG) has told the United Nations General Assembly that it is “worried” that the  climate change agreement to be signed in 2015 “will be insufficiently ambitious to solve our looming climate crisis, and that adaptation financing will be woefully short of what is required”.

The 21st session of the Conference of the Parties to the UNFCCC is expected to take place in December 2015, in Paris, France, where the legally binding and universal agreement on climate, from all the nations of the world, is slated to be signed.

“If narrow interests and local electoral cowardice force us to retreat behind our national borders and bury our heads in the sands, we may squander a decade of effort, and our only real chance to save the planet upon which we live. The stakes are that high. We cannot afford to fail,” SVG’s Minister of Foreign Affairs, Sen. Camillo Gonsalves, told the UN General Assembly on Monday.

Gonsalves, Kingstown’s immediate past ambassador to the UN, noted that climate change does not respect national borders, adding that this is a fact known all too well in SVG.

“Despite a tiny carbon footprint and miniscule emissions, our country has nonetheless been repeatedly victimised by weather anomalies partially caused by the historical and continued environmental abuse of major emitters,” he said.

He pointed out that in the last four years, SVG has experienced a hurricane, a drought and two floods.

“The loss and damage caused by each of those events has resulted in annual double-digit hits to our gross domestic product,” he said, noting that flash flooding from unseasonal rainfall in December 2013 “washed away” 17 per cent of SVG’s GDP.

“Lives and livelihoods were lost, homes and infrastructure were destroyed, and a developmental hole was dug from which it will take years to emerge.

“Yet, despite the gathering and intensifying global threat of climate change, with its real and ruinous present-day impacts, historical and major emitters continue to act as the planet has time on its side. The excuses offered for continued inaction — be they political, historical, scientific or economic — grow increasingly indefensible. The prospects of genuine progress against climate change become increasingly remote with each passing day of diplomatic dithering, buck-passing and finger-pointing,” Gonsalves said.

He described UN Secretary-General Ban Ki-moon’s High-Level Climate Summit convened at the UN Headquarters last week as “an admirable attempt to galvanise political will for ambitious and legally binding climate treaty by 2015.

“However, the tangible results were less than encouraging. Despite some welcome new pledges, the numbers simply don’t add up to anything close to what is required to cap global warming at 1.5 degrees above pre-industrial levels. Further, the new resources raised and pledged for the financing of adaptation to climate changes effects were a drop in the bucket — akin to having a bake sale to settle the national debt,” Gonsalves said.