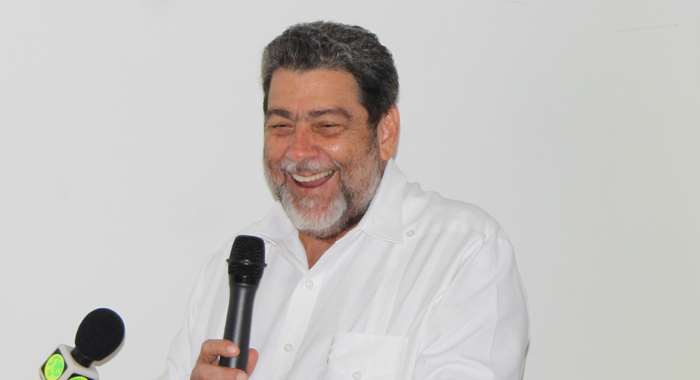 Prime Minister Ralph Gonsalves has been discharged from hospital in Cuba, 10 days after he arrived in the Spanish-speaking Caribbean nation to receive treatment for a leg injury.

Gonsalves announced his release in a call to his party’s radio station Thursday night.

The 68-year-old leader told listeners that he is doing well, and had just had dinner with Kingstown’s ambassador to Havana, Dexter Rose.

Gonsalves said he is now staying in a protocol house.

He left for Havana in an air ambulance on Sept. 22, one day after his office announced that an injury to his right rectus femoris had seriously affected his mobility.

Elson Crick, communications consultant in the Office of the Prime Minister told I-Witness News on Thursday that “conservative estimates” are that Gonsalves will return to St. Vincent by the end of next week.

He said on Friday that that estimation still stands, since Gonsalves will still receive treatment although he is no longer hospitalized.

The Prime Minister’s treatment in Cuba is the second in a foreign country this year.

In April of this year, doctors ordered Gonsalves to rest as a result of an ankle injury, the Prime Minister said he sustained in his bathroom.

In July, Gonsalves was seen walking with a slight limp, and told reporters that he had injured his knee, but not seriously.

3 replies on “PM Gonsalves discharged from hospital in Cuba ”