IMF concerned, but Gonsalves not expecting changes to PetroCaribe 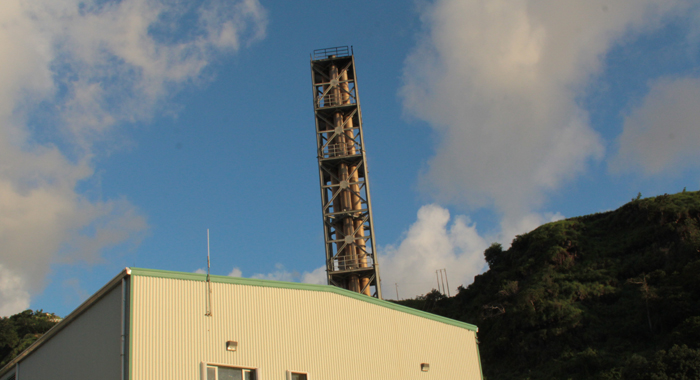 Member countries of PetroCaribe have defer payment for fuel for us to 20 years.

The International Monetary Fund (IMF) says it is monitoring the potential impact on Caribbean economies of any changes to PetroCaribe, Venezuela’s oil alliance with several Caribbean nations, including St. Vincent and the Grenadines (SVG)

Some analysts say the initiative, which allows countries to pay for part of their oil import from Venezuela over a 20-year period at 2 per cent interest, will have to be modified or discontinued amidst a worsening economic situation in the South American nation.

Antigua and Barbuda, The Bahamas, Jamaica, Belize, St. Kitts and Nevis, Grenada, SVG, Guyana, and Suriname are the Caribbean Community (CARICOM) nations that are members of PetroCaribe.

Caracas has invited PetroCaribe member countries to a meeting on Thursday about “reaffirmation” of the commitment to PetroCaribe, Prime Minister of SVG Dr. Ralph Gonsalves has said.

IMF advisor, Western Hemisphere, Elie Canetti, outlined the Washington-based financial institution’s concerns about the latest developments regarding PetroCaribe during a joint press conference with Gonsalves on Tuesday, at the end of the IMF’s Article IV consultations.

“Our main concern there is that we know Venezuela is going through increasing financial stress, and oil prices have dropped from around 120 dollars a barrel to mid 70s a barrel and Venezuela is hugely dependent on selling oils.

“So, we are mindful and concerned about the feasibility of PetroCaribe continuing, certainly at the level it has been, and we are looking into what will be the impact on Caribbean countries,” Cantelli told reporters.

He said the IMF has been monitoring the situation for quite some time, “but the urgency in trying to understand that is much higher now because of the financial situation in Venezuela does seem to be deteriorating much more quickly now with the drop in oil prices”.

Cantelli, however, said that the developments are not really an issue for SVG as far as energy is concerned, since the state-owned power company, VINLEC, has alternative sources of supply and the IMF has been “assured that should the oil under the PetroCaribe arrangement stop flowing that would not adversely affect energy supplies here”.

But Cantelli noted the advantageous financing terms that PetroCaribe offers its members.

“So if PetroCaribe is, in the extreme, wound down, or if PetroCaribe financing benefits become less generous, it is something that will have to be taken in account in the fiscal strategy,” he said.

He said the IMF is trying to understand what exactly PetroCaribe money was used to pay for in SVG.

“We’ve heard that there are things that have essentially been paid for by the PetroCaribe financing and those are things where the financing can be paid off gradually at concessionary terms.

“So there will have to be some thinking if that concessionary financing is lost, how to replace that financing for the various things that PetroCaribe has financed. But I don’t see it, at least in St. Vincent and the Grenadines, as something that will require urgent adjustment to. It will require some thinking about how to replace that loss of concessional financing,” he said.

Cantelli, however, noted that notwithstanding the implications for PetroCaribe, lower oil prices are actually good for the Vincentian economy.

He said that in SVG reduction in energy cost will be passed directly to consumers and should put more purchasing power in the hands of households and business, which, all things remaining equal, should lead to greater demand in the economy.

Cantelli also said if the declining price of oil is sustained, that should substantially lower the cost of air travel, which will be good for the Vincentian economy, which is heavily dependent on tourism.

Meanwhile, Gonsalves said that the notification he received from Caracas about Thursday’s meeting said the talks are about “reaffirming the commitment to PetroCaribe and to give that reaffirmation, and, secondly, to look at ways and means where we can deepen the integration process within the framework of PetroCaribe.”

He spoke of the other dimensions of PetroCaribe, such as the provision to pay for soil through the exchange of goods and services, something he said SVG has not taken advantage of because of “the transportation issue”.

“But I am sure that all of those questions will be discussed on Thursday, and when I return, I will report as to whether there are any changes in the arrangement. But from the notification that I received, there is no indication that we are going to have any changes; just a reaffirmation,” said Gonsalves, who also has ministerial responsibilities for energy matters.

“People must appreciate that this is an extremely generous arrangement: 2 per cent monies for 20 years on every shipment. You don’t get it much better than that…”

SVG is hoping to have a 10-megawatt geothermal power plant on stream by early 2018.

Gonsalves said when this happens SVG will reduce our importation of fuel from any source whatsoever “and will make the savings.

“So, we have a plan in going forward in how you address things within the interest of a sustainable energy source,” Gonsalves said.

And, in his weekly radio programme on Monday, Leader of the Opposition Arnhim Eustace, who has been opposed to PetroCaribe from the inception, said he was especially concerned about the implications of the “tightening” economic situation in Venezuela.

He said Venezuela’s oil production has not increased since 2005, and Caracas stands to get even less money as the price of oil continues falls.

“So they can’t be generous in terms of any loans the government gets from PetroCaribe, and in any case, they can’t get the same level of loans,” Eustace said, adding that with the current oil prices, member of PetroCaribe will be able to keep less of their payment for oil as a loan.

6 replies on “IMF concerned, but Gonsalves not expecting changes to PetroCaribe”