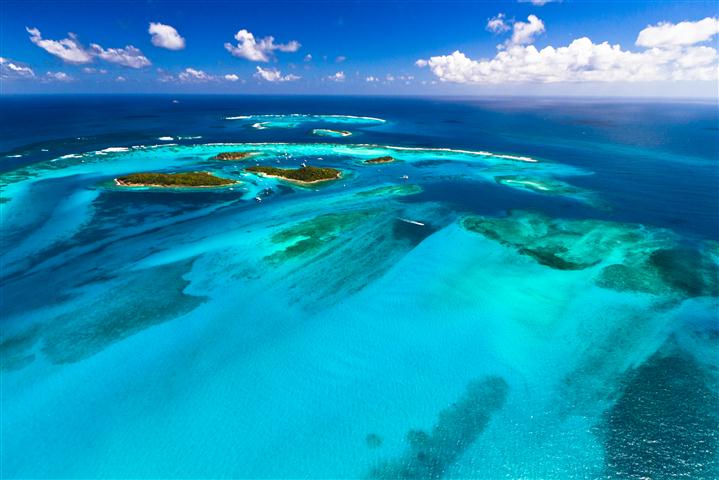 The yacht moorings in Salt Whistle Bay in Mayreau, the removal of which triggered protest in Union Island last month, were illegal and comprised the safety of yachts in the area, Prime Minister Ralph Gonsalves has told Parliament.

He also said that while two citizens were ordered months in advance to remove the moorings, one of them, Nigel Forde, did not comply.

Gonsalves was responding to questions from Member of Parliament for the Southern Grenadines, Terrance Ollivierre, an opposition lawmaker, earlier this month.

Ollivierre told Gonsalves, who is also Minister of Grenadine Affairs, that on Nov. 17, one of Nigel Forde’s employees received a letter on Forde’s behalf informing him to remove his moorings in the vicinity of Salt Whistle Bay before Nov. 28, 2014.

Ollivierre asked Gonsalves to tell Parliament what were the reasons for such actions; if Forde and the residents of Mayreau were consulted prior to the issuance of the letter about any upgrade and regularisation of the Tobago Cays Marine Park; and what alternative had been offered to Forde and his employees who would have lost their means of earning their livelihood.

He said that his government wants to protect the Park for future generations, adding, “And in this, I am not motivated by any petty politics at any local level.”

He said that within the parameters of the law and the strategic plan, the Tobago Cays Marine Park undertook the responsibility to upgrade a number of facilities within the park.

In September 2013, 19 moorings were replaced in the Park in order to provide reliable and safe facilities for the yachtsmen, and a further 20 are currently being installed, he said.

“In the case of Salt Whistle Bay, the moorings established by Mr. Forde, … those moorings are totally illegal. … They were installed by Mr. Nigel Forde without any consultation or authorisation from the Park.

“They are made of material which are questionable and could pose a danger to the marine environment as well as endanger the yachts which actually provide the livelihood for the people.

“There are too many moorings in the bay for the comfort of the yachts, and, Mr. Speaker, I have been advised that the carrying capacity of the area is being compromised.”

Gonsalves said the Tobago Cays Marine Park decided to upgrade and regularise the moorings in Salt Whistle Bay as part of the general upgrade and that this was clearly stated in the letter to Forde.

“There is nothing sinister, or secret, or threatening about the decision of the Board. And I don’t intend to add or make this a political issue,” Gonsalves told Parliament.

He said Forde telephoned the manager of the Park “some five month [ago]”, when he got word of the decision of the board and was advised to write the board of directors if he wanted to discuss the matter.

Forde has not done so, Gonsalves said.

Forde said on radio last month that he invested $30,000 in setting up the moorings, and did so without help from the authorities.

He said that he did not receive a response from the board of the Marine Park, asking them to give him permission to operate the moorings.

“What kind of government is down there? What kind of government is actually running Mayreau or the Grenadines, per se? Because you cannot come into someone’s home and say ‘You need to get out because I need to move in’, without a fight. It’s not going to happen. I am so happy and so proud of the stand that Mayreau people, we are taking to prevent this from happening,” he said.

But Gonsalves told Parliament that attempts were made to obtain a forwarding address for Forde, who lives in New York. The board also failed in obtaining a telephone number for him, and hence the letter was given to his employee, Gonsalves said.

Meanwhile, another individual who was operating in the same area received the same message as Forde and this other person removed their moorings more than six months ago, Gonsalves said, but failed to identify this person.

He said Forde installed more moorings after the other individual removed theirs.

Gonsalves said that he (Gonsalves) has been told that the Park Board has had numerous complaints from yacht operators and their guests about the lack of privacy and the many incidents of yachts bumping into each other due to the overcrowding at Salt Whistle Bay.

“The same Honourable Member will ask me question here about what is happening to the yachting sector, but is choosing the side of someone who wants to subvert the yachting sector for purely personal purposes,” Gonsalves said of Ollivierre.

He said residents of Mayreau have complained about “the problems what Mr. Forde has put in place”.

He further accused Forde of “capitalising on a situation while infringing on a national treasure” while living overseas.

Gonsalves said that the Park Board has informed Forde that it will meet in January, but in the meanwhile, it is carrying out what it is doing, and as minister, he is giving them his full support.