Motorcyclist dies after collision in Kingstown 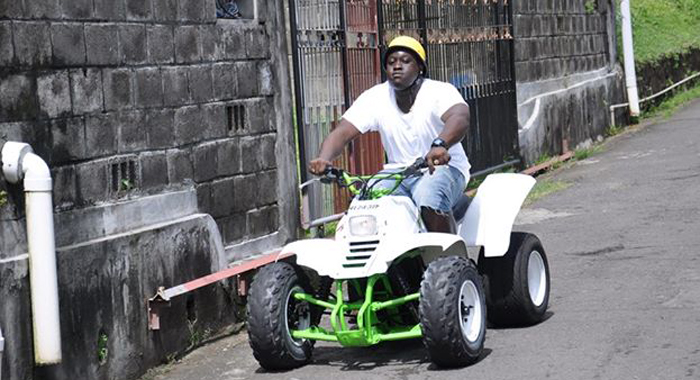 Shane Thomas, seen in this undated photo, died after a collision on Saturday. (Photo: Chalis Porter/Facebook)

A number of persons Sunday night held a candlelight vigil outside St George’s Cathedral, Kingstown, following a deadly collision in the city the previous night that left a motorcyclist dead.

The motorcyclist died in hospital sometime after his motorcycle and another vehicle collided near the pedestrian crossing at the North River Road and Tyrell Street junction in Kingstown.

The Traffic Department of the Police Force referred I-Witness News to the Public Relations Department on Sunday, but that department is closed on weekends.

I-Witness News, however, understands that the dead motorcyclist is Shane Thomas of Mesopotamia.

Reports are that he was riding his motorcycle in Kingstown when it collided with a Toyota Noah, a type of minivan.

Reports say that he died while receiving medical treatment.

Thomas’ death brings to 10 the number of persons who have died this year as a result of vehicular incidents.