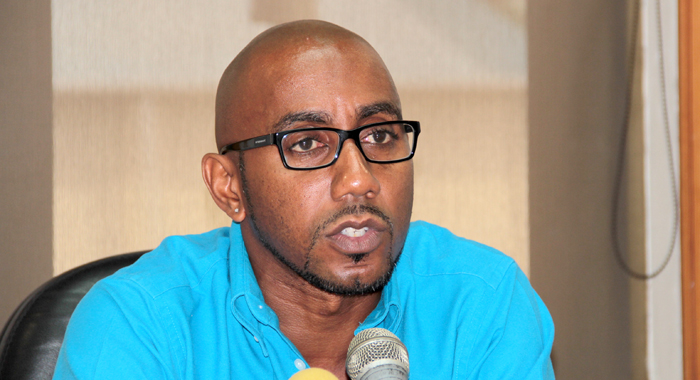 The changing dates for the completion of the Argyle International Airport can be embarrassing for persons negotiating with airlines, head of the Tourism Authority, Glen Beache, told the media on Wednesday.

The Argyle International Airport, which was initially scheduled to open in 2011, has missed several completion deadlines since.

Beache, a former tourism minister, told a press briefing on Wednesday that the latest operational date given to him by the International Airport Development Company is October this year.

“Honestly speaking, it can be embarrassing. [I’m] not gonna lie about that, because obviously airlines make their itinerary at least a year in advance,” Beache said in response to a question about the impact of the changing dates on negotiations with airlines.

Beache said that over the past three years British Airways has sent at least two teams to see for themselves the extent of progress on the EC$700 million airport.

“We’ve been on their radar for a while,” he said, adding that Virgin, which also services the UK market, “has sought us out on a few issues that they would like to see taken care of and see how we can help then and so on”.

He said Virgin has changed its marketing strategy, trying to fill the front, rather than the rear of their aircraft.

He said the airline is more interested in attracting high-end passengers, and this suits the Vincentian destination.

“Since they have done that, they have shown a lot more interest in St. Vincent and the Grenadines than previously,” Beache said.

“I mean, it hinders, because they have to push back where their planes have to be and how they want to do it,” he said of the impact of the delays in completion of the airport on airlines interested in flying to the new airport.

“There is interest in St. Vincent and the Grenadines, but we need to make sure that we are ready and that we get it right from the start — our customer service is up, Customs, Immigration, our baggage handling, all of these thing.

“This is a new frontier for St. Vincent and the Grenadines. Running Argyle International Airport is not going to be the same thing as running ET Joshua,” he said.

He also said that the date he gave for the completion of the airport was based on information from the IADC.

Beache responded to commentators who had chastised him over a statement he made last year about the negotiations with the airlines being an eye opener for him.

“Some people took me to task on this. I make no apologies for it. I think one of the things we have to learn in St. Vincent and the Grenadines is that we are not all experts on everything. And [in] everything, we continue to learn,” he said.

Beache said the Boyd Group International is assisting with the marketing of the airport.

“We have to understand certain things with the airlines. It is simply this — and I will repeat it again, because certain people seem not to like the fact that I said it: Airlines do not owe St. Vincent and the Grenadines anything, just like cruise lines don’t owe us anything.

Beache said that officials are continuing to negotiate with the major airlines of North America and the United Kingdom and one or two others out of Europe.

He said he recently received proposal from an airline in Panama to do charters to SVG, through Grenada.

That document has been sent to the Office of the Prime Minister for review, Beache said.

He further said the Tourism Authority has gotten word from a major airline in North America wanting to begin flying in from the beginning at the next winter season.

“We’ve been meeting with them for a few years now. They have all the information regarding St. Vincent and the Grenadines, but one of the reasons they want to do it at that time also is because they have a plane available at that time.

“And no matter what, it is as simple as this: no airline is going to put a plane that is worth millions and millions of dollars and say it is going to fly into a destination without the airport being finished. And so, as soon as the airport is finished, that is when you are going to see guarantees…” Beache said.

“All of these intricacies play a part in the negotiations with the airlines and I wish — I don’t know who writes the Leader of the Opposition’s speeches; Dr. Adrian Fraser, [I] respect him with regards to his knowledge of the history of St. Vincent and the Grenadines, but reading his article on the airlines and so on, he needs to do some more reading on that.

“I can say the same thing for the Leader of the Opposition. Mr Connell’s knowledge of tourism and what it involves, and the difference between mass tourism and regular tourism, he needs to do some reading on that that,” Beache said, adding that he will continue to keep the media informed about the status of negotiations with airlines.