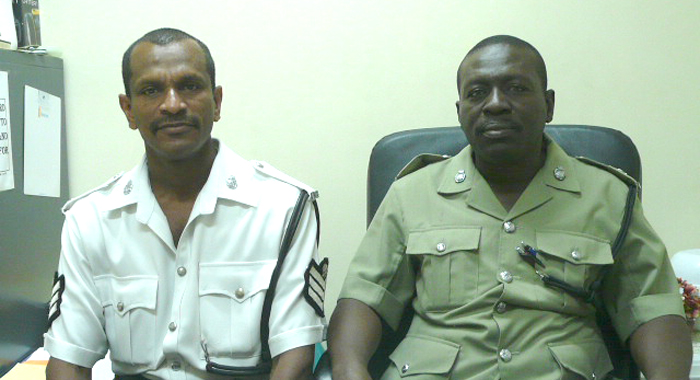 Head of the Traffic Department, Superintendent of Police Kenneth John, says his department will get tough with motor vehicle owners, including motorcycle owners, who fail to comply with the law.

The warning comes as the traffic chief updates the nation on “Operation Traffic Check Clamp Down”, a campaign which started on Feb. 1, 2015, to ensure that motor vehicles registrations are up to date.

John said there have been 957 reports since the operation started. As of March 30, 580 motor vehicle drivers were ticketed for various traffic offences. He added that his officers detected 155 unlicensed motor vehicles; 138 uninsured vehicles; and during the period 84 persons were charged with driving without a driver’s license.

He 50 drivers were disqualified from holding or obtaining a driver’s license for six months or one year.

Also on March 26, the Department started another campaign called “Motor Cycle Clamp Down”.

“We discovered a number of motor vehicle owners, especially the motorcycles, are taking registration numbers from other vehicles to put on these vehicles or motorcycles. When checks were done, the chassis numbers did not correspond with the registration numbers. As a result of that we had to start this new operation,” John said.

The traffic chief said as of March 31, several motorcycles have been removed from the roads. He said 10 motorcycles failed to meet the traffic regulation and the drivers of these motorcycles were charged.

One reply on “Police launch ‘Operation Traffic Check Clamp Down’”