Bloody, semi-nude body of Vermont man found in his yard 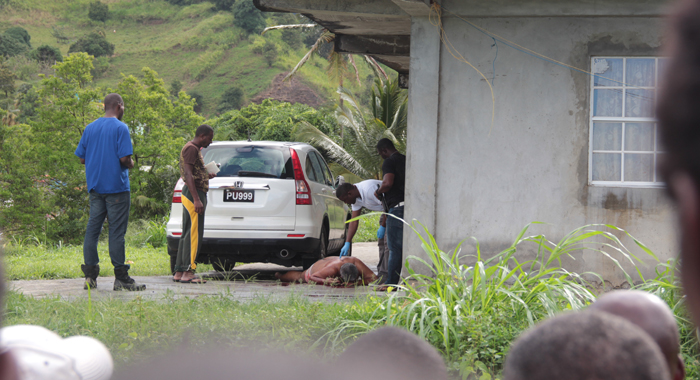 Police look on as a physician examines the body of King Collingford Mattis outside his house in Vermont on Saturday. (WN photo)

Mattis’ body was clad only in what appeared to be white underpants and was lying next to his vehicle.

His relatives say he has what appears to be multiple stab wounds.

Villagers were shocked by the death of Mattis, who they described as very easy-going and helpful to community members.

2 replies on “Bloody, semi-nude body of Vermont man found in his yard”