CDC’s pledge: No cars will be burglarised during Miss SVG 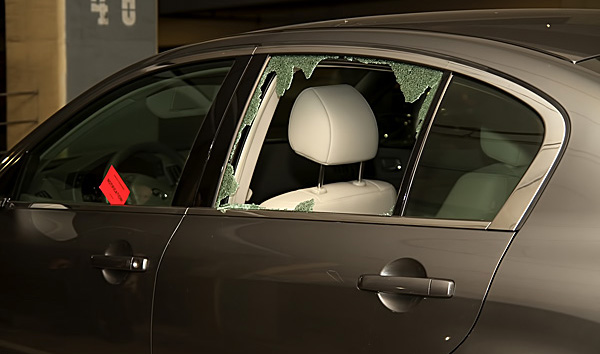 Some 17 vehicles were burglarised in Kingstown Saturday night. (Internet photo)

The Carnival Development Corporation says it can guarantee patrons attending the Miss SVG pageant on Saturday that their vehicles will not be broken into.

The assurance comes after some 17 vehicles were burglarised on Saturday as persons attended an event at Victoria Park organised by the Carnival Bands Association.

Carlos “Manage” James told I-Witness News that his brother’s vehicle was among these burglarised.

“Entertainment can’t go anywhere in SVG because vehicles not safe when parked outside the venue & the cost for repairs after a break-in hurts,” James said in a Facebook post.

He later told I-Witness News that his brother lost a cellphone and other small items during the burglary.

But he also had to pay some EC$300 to replace the smaller pane of glass on the rear left door window of the vehicle, a Toyota Rav4.

The vehicle was one of at least two that was broken into on the main road outside the Public Health Department in downtown Kingstown.

Chief Executive officer of the CDC, Ashford Wood addressed the situation at a press conference on Tuesday.

“Now, this is not good enough. The CDC has been and still is in constant discussion with the security forces,” he said of the burglaries, adding that the talks involve private security firms and the Police Force.

Wood said no vehicles were burglarised during the launch of Vincy Mas at Victoria Park in early May.

“And I can give the public the assurance that there would not be a single break-in to any vehicle for the Miss SVG. The RSVG police force, they are ready,” Wood said.

Wood noted that there is private parking available close to Victoria Park.

“But for those who cannot afford or prefer to park by the roadside, I will like to give the public the assurance that the RSVG Police Force is on the ball and your vehicle will be safe. That is an assurance from Carnival Development Corporation, and we do not speak words lightly,” he said.

In response to a reporter’s question, Wood said that the CDC has been having discussions with the police representative on the CDC and they have identified a number of hotspots for vehicle burglaries.

These include the stretch of road between Victoria Park along Wilson Hill, in front of St. Joseph’s Convent and the School for Children with Special Needs.

“We have identified a few areas and we have asked them (police) to step up patrol in those areas,” he said.

He said police will be “even more on top of their game” for the Miss SVG show.

“I don’t know what happened on Saturday night. Maybe the CBA needed to be a little more on top of their game,” Wood said.

“That was not a CDC event. I am not saying that we condone it and wanted it to happen. And maybe, in retrospect, the CDC should have been more working closer to the CBA to ensure that something like that didn’t happen. But it has happened and we are willing to give the assurance, try and avoid things like that happening again,” Wood said.

One reply on “CDC’s pledge: No cars will be burglarised during Miss SVG”