Students rushed to hospital after playing with Charlie ‘demon’ 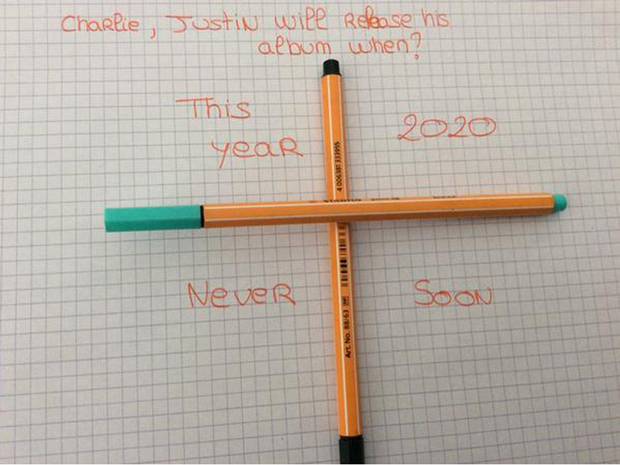 BRIDGETOWN, Barbados, CMC — Several Caribbean countries are reporting that school children have been rushed to hospital after playing the “demonic” game “Charlie Charlie”.

The game is said to be a simplified version of the “Ouija Board” and summons a Mexican “demon” by the name of Charlie. The “Charlie Charlie Challenge”, as it is being called, entails placing two pencils on a piece of paper in the shape of the cross with the words “yes” and “no” written in each quadrant.

Participants then repeat the phrase “Charlie, Charlie can we play?” to connect with the “demon”. The “demon” is then asked specific questions and the top pencil moves in response.

In Antigua and Barbuda, emergency medical services were kept busy after a group of students attending the Jennings Secondary School fainted and had to be rushed to hospital after allegedly playing the game

“Children started fainting and having seizures. Children were fainting while walking home, and some of them were trying to jump out the bus,” one student told the Antigua Observer newspaper.

In St. Lucia, the Ministry of Education is being called upon to issue an official alert after a student began having unpleasant experiences after playing the game. .

“My daughter came home crying and shaking after reporting that she saw desks floating,” the mother of the student, told a website.

“We are Christians and so when she saw what was happening, she began to pray. We also prayed with her and counselled her. She has faced other experiences like that in the past, so she is aware of what this thing is about.

“The thing is, if it is done in the private homes the demon has access to the home with or without the consent of the person who summoned it, but in the school gives access to the entire student body putting other children at risk,” the parent is quoted as saying.

Barbados school teachers have also warned their students from engaging in the game, while in Trinidad and Tobago, the president of the National Parent/Teacher Association, Zena Ramatali warned against playing the game which has been trending globally over the last few days.

“It is a very serious situation right now,” she said, adding that the game taking root locally is an indication of the dangers of the Internet.

Ramatali said children must be taught what is good and what is evil and that clearly the Charlie Charlie Challenge is an evil game.

“We have to teach them that this is not something that they want to dabble in,” she said.

“Children should be supervised at all times. What happens is that they are unsupervised at break time and lunch time and the devil is actually fining work for them,” she added.