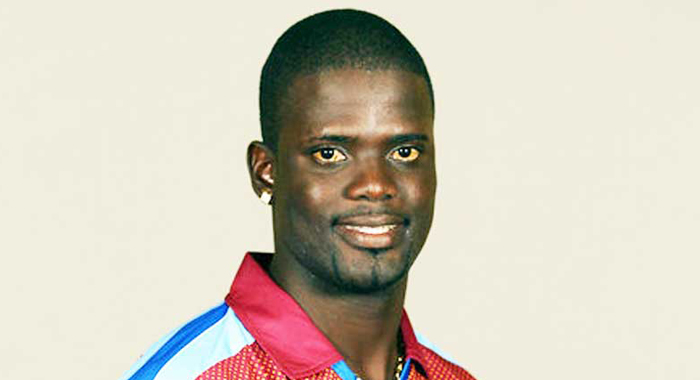 When he is on the go, Windward Islands batsman Andre Fletcher can be likened to a shotgun so when his name was mentioned on Thursday with regards to ammunition the casual listener and ardent cricket fan may very well have believed that it was his innings against Bret Lee and Shaun Tate in partnership with Chris Gayle that was being discussed again.

But this was far from the case as the Grenadian batsman was arrested at the Douglas Charles Airport on Thursday evening after 50 rounds of .22 ammunition were allegedly found in his possession

Internet publication Dominica News Online said the player was fined $2,000 for possession of ammunition when he appeared before a magistrate in Wesley on Friday.

Manager of the Volcanoes, Lockhart Sebastien, is said to have told the media house on Friday that the $2,000 fine was paid and attempts were being made to have him leave Dominica “to get some rest”.

Sebastien is reported to have told the online publication that Fletcher did not intend to commit any criminal acts since he was unaware the ammunition was in his carry-on luggage.

“There was no intention of criminal activities,” he said. “He did not realise he had the ammunition.”

Sebastien said the incident will not have any impact on the Volcanoes in the upcoming CPL.

“It could happen to anybody,” he stated.

Fletcher, 27, has played 15 ODIs and 22 Twenty20 internationals for West Indies, his most recent appearance being in a T20 game against South Africa in Durban in January this year.

Since making his debut in 2004, he has played 60 first-class matches and has become a regular in the Windwards and scored his fifth first class century at the Arnos Vale Playing Field against Jamaica in February this year.