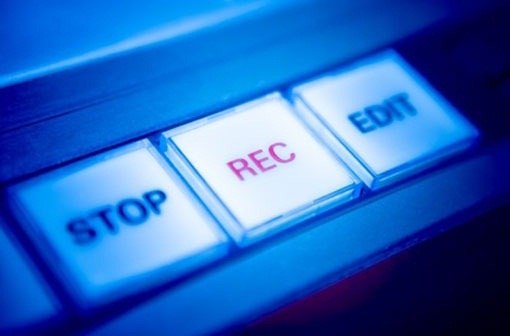 The football president’s rant seems to have been recorded secretly. (Internet photo)

Elroy Boucher, the Football Federation executive member who was on the receiving end of a cuss out by president Venold Coombs during a meeting last week says he does not know who made a recording of the incident.

Boucher, however, told I-Witness News that the recording of the development does raise questions of ethics but gives the public an insight into how the Federation is run.

“Maybe it is an ethical issue, but I will tell you what: sometimes, to address a problem that, it seems, can’t be addressed at all, sometimes people may have to use extraordinary means, innovative means to really do it,” Boucher told I-Witness News on Sunday.

In the recording, Coombs, among other things, calls Boucher a “nasty destabilising a*se” and an “element of damn deceiving and deception”, after Boucher, who is Third Vice-President of the Federation, asked the executive to authorise him to begin preparing for the National Club Championship.

“Football business is the business of the affiliates and by extension, the business of the public. In my mind, there really should be no secret within a football organisation, or cricket or netball for that matter,” Boucher further told I-Witness News of the recording.

“It is not anybody’s private organisation. And I have always said if you have something within your organisation that is an NGO that you don’t want to be known, it should tell you that what you have there is wrong. It should be open to scrutiny.

“So while one may question recording a particular clip in a meeting, one also has to understand if you didn’t want affiliates to know that this is the type of person you are, then control your behaviour,” he said.

Boucher said the incident speaks to the attitude of some leaders.

“I am a person who believes in executive power, not presidential power,” Boucher said, adding that all members of the executive were elected and have a responsibility to carry out their roles.

“A president can be leading you down a road that is not in the best interest of the organisation. One has to remember that your loyalty is to the organisation and not to a leader. It is an NGO. It is not a private business and you have to answer to the affiliates.”

Boucher told I-Witness News that he has spoken to Coombs several times about his behaviour.

“But it is often said that it is difficult to bend an old tree and I firmly believe that at Coombs’ stage, there is no change.

“And I think affiliates, when they are electing people, know who they are electing because organisation like the Football Federation is a very important one and its leadership must be able to command the respect and be very respectful of both affiliates and their executive.

“So, the affiliates need to understand that. If you want to elect a president alone then don’t elect anybody else, if that is the kind of organisation he wants.”

Ask why he was so quiet in the face of Coombs’ abusive rant, Boucher said:

“I have learnt that if you stand up and argue with him, it becomes two persons shouting at each other, and there is an old saying, ‘it takes two to make and argument.’

“And when I look at him, I really felt sorry for him, because no human being should really be behaving that way. I really felt sorry for him. There is no need for me to shout back at him. It doesn’t do me any good and it doesn’t do the executive any good. We are in a meeting and the meeting must be conducted with respect for everybody in the meeting,” Boucher told I-Witness News.

Coombs has declined to comment on a the development.

“Ah just can’t deal with you right now. First of all, where I am positioned, I can’t deal with it. And I am not going to answer that kind of thing you are talking about also,” he told I-Witness News by telephone Sunday.