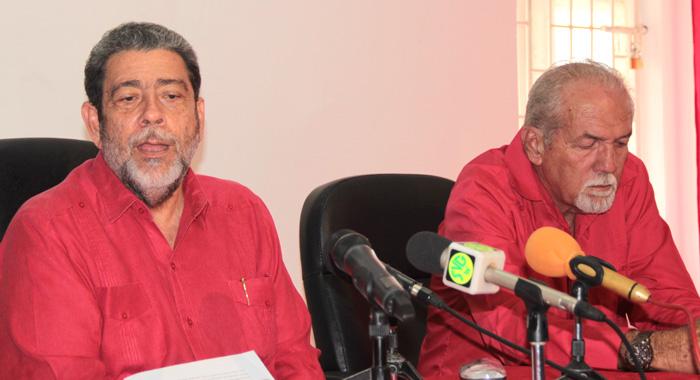 Four prominent members of the Unity Labour Party have been appointed as trustees for the EC$1.2 million headquarters building that the party recently purchased, 10 years after it began renting it.

“It is very important that the four persons’ names who are the trustees for this property are the four persons who have been at the centre of the formation of the Unity Labour Party,” Gonsalves told the media on Wednesday when it was announced that the party had purchased the building at Murray’s Road for EC$1.2 million.

The ULP resulted from a merger between the St. Vincent Labour Party and the Movement for National Unity in 1994.

Gonsalves said the deed for the property says that the four party officials, including their successors, hold the building in trust for members of the ULP.

The building was partly paid for using monies from a mortgage that Gonsalves and his wife, Eloise, took on their house at Frenches.

“But I think it is right and proper that those of us who had been the foundation stones we bare the four pillars upon which this great party in its new dispensation was built,” Gonsalves said.