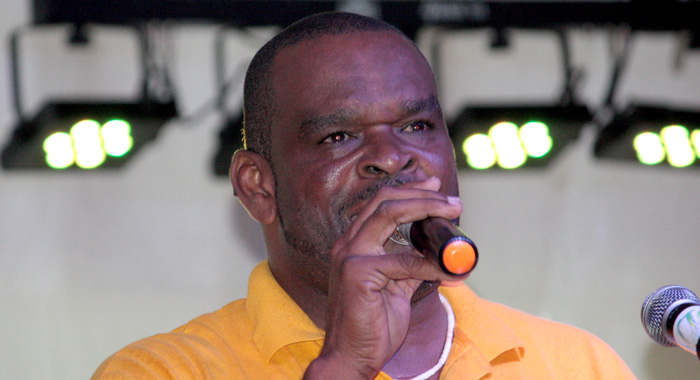 A radio talk show host and member of the executive of the St. Vincent and the Grenadines Football Federation has denied making the recording of the meeting last week in which President Venold Coombs is engaged in a rant against Third Vice-President, Elroy Boucher.

In the abusive rant, among other things, Coombs calls Boucher a “nasty destabilising a*se”.

“Ah tell yo’ already yo know, you are an element of destruction. Do not make people do me any damage. I will deal with you. You never experience me,” Coombs tells Boucher after Boucher asked about organising the National Club Championship.

Coombs has refused to comment on the development, telling I-Witness News on Sunday, “… I am not going to answer that kind of thing you are talking about …”

Boucher told I-Witness News separately on Sunday that he does not know who made the recording and would not speculate.

He, however, said that it raises questions of ethics but also gives and insight into how the federation is managed.

“I have become aware of a recording of an executive meeting at which President COOMBS was heard in an outburst directed to third Vice President Boucher.

“I wish to categorically state for the record, that I have NEVER recorded any executive meetings neither did I record the transcript of the meeting in question,” he said in an email on Wednesday.

Francois, who host “Current Affairs” on NICE Radio, said that he does not condone or support Coombs’ outburst and thinks that it “was not in keeping with his good office”.

“I want to make it clear that I was not a part of any plan to record or disseminate the said recording,” he said.

“Due to my association with nice radio and public release of recordings associated with the program I host “current affairs”, my understanding is that several members of the executive and public are of the opinion that I was the one who made and release the recording or had a part in it. Had I been involved I would NOT distance myself from same,” Francois said in the email.

“Until the affiliates at the next election decide that they do not wish for me to continue to serve them, I will continue to serve football and the executive in a professional manner and with integrity,” Francois said.