VINLEC not for sale, CEO says 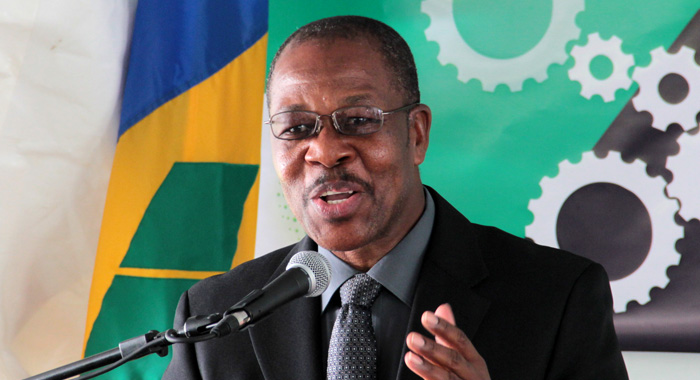 Reports that VINLEC, the state-owned and sole electricity company in St. Vincent and the Grenadines (SVG), is for sale are “absolutely” not true, Chief Executive Officer of VINLEC, Thornley Myers tells I-Witness News.

“I don’t know where that could have come from,” Myers said Wednesday evening, hours after former minister of communications and works, engineer Glenford Stewart said on radio that discussions were being help with Emera Caribbean Inc. regarding the sale of VINLEC.

Emera, along with Icelandic firm Reykjavik, is a major stakeholder in the US$80 million geothermal power plant being developed in SVG.

VINLEC is expected to buy the electricity from the two foreign firms and resell it to consumers.

VINLEC has not published financial statements for some years, but its assets include two power plants — including the EC$170 million Lowmans Bay Power plant commissioned in November 2011 — and three hydro power plants.

Stewart said on the NDP’s radio programme that the Ralph Gonsalves government, which sold majority share of the state-owned bank in 2010, needs the money from the sale of VINLEC.

“The country is in deep financial trouble, please be aware of that and I want the people of St. Vincent and the Grenadines to be aware of that,” he said on the programme that was hosted by NDP lawmakers, MP for West Kingstown, Daniel Cummings.

“Let us not be blind or play blind or stupid. VINLEC is the next company to go. Believe it or not. You check it out,” Steward said.

Cummings, who has described the geothermal deal as “a sinister plot to enrich people at the expense” of Vincentians, responded, “That is why this geothermal deal is so weird.”

Stewart, responded: “At the appropriate time, I will keep you up to date on the progress made on discussions.”

But Myers told I-Witness News, “There is no discussion taking place between anybody in VINLEC and I would think that if that was happening I would know about it. Absolutely not! That’s a rumour.” Stewart described Emera Caribbean Inc. as a reputable company, noting that it is traded on the Barbados Stock Exchange, and questioned why the company would be interested in the geothermal project if it were not for the opportunity to purchase VINLEC.

“We have to determine what is the present situation with VINLEC, what are their assets, etc. For the people of St. Vincent and the Grenadines to have any stake in this matter, they may have to buy shares in Emera Caribbean Incorporated; otherwise it just goes by the wayside,” Stuart said.

10 replies on “VINLEC not for sale, CEO says”