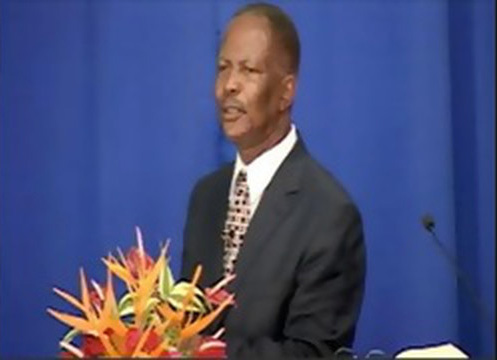 A police prosecutor on Wednesday told the Kingstown Magistrate Court that the prosecution was not proceeding with a traffic case brought against popular pastor and televangelist Errol Daniel.

Daniel was on March 26 charged with driving an unlicensed vehicle in Kingstown.

When he appeared in court, police prosecutor Station Sergeant Junior Nero said that the prosecution was not going to proceed further with the matter.

Daniel is pastor of Streams of Power Church at Sion Hill, sponsors of the television programme “Direction”, which is broadcast on Sundays.

Daniel is the second prominent citizen to appear in court recently charged with a traffic offence.

In March, radio personality Dwight “Bing” Joseph was fined EC$1,850 and suspended from obtaining a driver’s licence for three months after he pleaded guilty to four traffic offences, including one which suggested that he never obtained a driver’s licence.

Police had previously said they were not proceeding with the charges against Joseph.