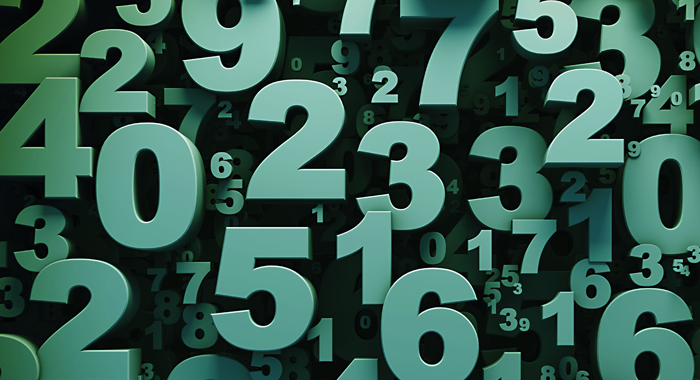 Prime Minister Ralph Gonsalves has said that Vincentians will vote before the end of the year.

But, he has also said that he does not intend to use any of the 90-day grace period, which suggests that the elections will be held on or before Dec. 13, (86 days from now).

But, for those who are interested in guessing the date when Vincentians will elect a new government, Gonsalves, who seems to have a penchant for numbers, has given two clues from the Bible.

Speaking at his Unity Labour Party’s rally in Redemption Sharpes, Gonsalves said that sometimes people think he is joking when he says things.

He said MP for Central Kingstown, opposition lawmaker St. Clair Leacock, asked him in Parliament when the next elections will be called.

Gonsalves said he told Leacock he is in prayerful consideration with God.

“I am going to give you two scripture reading this evening. And inside of those readings is the answer for the date of the next general elections,” Gonsalves said.

“Do not be anxious about anything, but in every situation, by prayer and petition, with thanksgiving, present your requests to God.

“And the peace of God, which transcends all understanding, will guard your hearts and your minds in Christ Jesus.” — Philippians 4:6-7 New International Version

“When you see chapter 4, remember is the fourth term you know,” said Gonsalves, whose ULP is seeking an unprecedented fourth consecutive term in office for a Labour government.

“To have elections, you have to open the door with dissolutions of Parliament. So we go to the New Testament for opening the door,” Gonsalves said.

He said Paul’s letter to the church at Philippi “is a book of joy, and above all, at a personal level, it is a book of thanks.

“So, as I open the gate to the Governor General to dissolve Parliament, on whatever day that happens, but inside of this, there are clues.

“When I have a rally and announce the date of the dissolution, you will have the clues. You will see how the clues have come to light,” Gonsalves said.

“And I am saying thanks to you like Paul said thanks to the people of Philippi,” Gonsalves said, adding that Philippians contains one of the most amazing passages in Christology in the new testament, when it says “… at the name of Jesus every knee should bow, of things in heaven, and things in earth, and things under the earth”. (Philippians 2:10)

“And, then, having opened the door for when I come to you on the day, I want you to read a short one from Proverbs chapter 4 and verse 9,” he said, mentioning the second clue to the election date.

“Wisdom will give you a garland to grace your head and present you with a crown of splendour.” Proverbs 4:9 — New International Version (NIV)

“Wisdom. And you have to apply your heart to wisdom,” he told party supporters.

“Now, I want you to remember that the whole of chapter 4 of proverbs is a challenge to hold on to wisdom. Not ignorance, not bad boyism, not cussing and pulling down; to wisdom, which is a grace.

“And this book of Proverbs, most of the saying are attributed to Solomon the wise.

“Solomon built an existential matter for the people of Israel. David had prepared the way, and Solomon built it: the temple to house the Arc of the Covenant. It’s existential to the Jewish people.

“In a temporal world, the Argyle International Airport is existential for St. Vincent and the Grenadines…” Gonsalves said.

The long-delayed, EC$700 million airport has missed construction deadlines since 2011, and some persons are doubtful that it will become operational by year-end, as the government has promised.

“When you are in prayerful consideration and you ask your father who is in heaven to speak, your servant Ralph is listening, I listen and I am directed to certain things.

“Sometimes, in a tortuous way, but directed, nevertheless,” Gonsalves said.

Gonsalves, who has the constitutional privilege, of keeping the election date close to his breast, must give 21 days notice before an election is held.

This means that he will have announced the election date 65 or 83 days from today, depending on how one looks at it.

But those inclined to try to decipher Gonsalves’ clues, will be well advised in remembering that in 2010 Gonsalves also quoted scripture, which he later said contained clues to the election date.

They might also want to bear in mind that Gonsalves is widely believed to have changed the election date at the last minute after Leader of the Opposition Arnhim Eustace guessed it corrected and announced it at a rally.

In 2010, Gonsalves allowed Vincentians to vote five years and one week after the previous election, Dec. 13, 2010.

The next general elections are constitutionally due by March 2016.

5 replies on “PM quotes scripture as clues to election date”