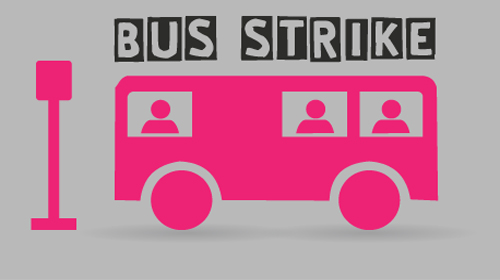 The van drivers have called for a stoppage on Monday 12 October. Everyone will say rightly so. Their vans are being wrecked by the condition of the roads. Not only that, but their income must be drastically cut because their number of journey a day must be cut by at least 25 per cent.

They have been made promises in the past, which have been broken. They are now being promised that when the airport is finished, the airport asphalt plant will produce enough to repair the road system. That, of course, is yet another lie; another story that they believe the van drivers want to hear.

They owe so much money, and they will have an even bigger shortfall when the airport opens. They have to pre-pay for tar product from Trinidad, where it comes from. They do not have the money now and will not have the money after the next general elections to buy the product.

The drivers should wake up and realise this ULP government has no regard for them whatsoever. They are being lied to and they are being used. I hope that they practice solidarity, which Gonsalves loves, except in this case he will just hate it if the van drivers big up and stick together as one.

The van drivers supply one of the most important services to the people of St. Vincent and the Grenadines. They work for small fares and have been stopped from getting proper increases in those fares. As an important service, they should be looked after properly and they must keep in mind that there will be a new bus service between Argyle airport and Kingstown and back. It will be cheap and subsidised, and will almost certainly affect the van owners.

So it’s not just the road repairs they should be fighting for, it’s their whole future and being able to feed their families.

I implore the divers and owners to stick together as one and allow their union to do its job. Remember anything they are promised by this government could have been given to them every year for the last 14 years, to come now with empty promises is making the drivers look like a bunch of fools.

About $25 million dollars of government goods are being given away as incentives to vote for the ULP, there was a better use for that money and the drivers should be really mad about that, rightly so, they should demand that stops.