Where is the accountability in governance? 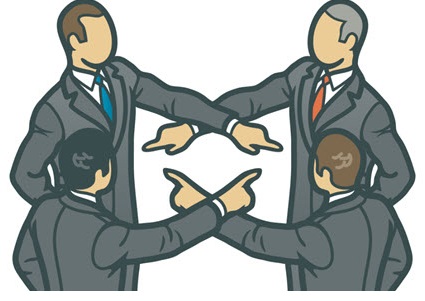 Every citizen should have the desire to hold his or her government accountable!

The notion of accountability is amorphous in nature — a concept that practitioners find increasingly onerous to explain. However, the World Bank concluded that from a wider perspective, accountability is present when there is a correlation — where the performance of tasks or functions of an individual or body is subject to further oversight direction or an appeal for information or justification for their actions.

Consequently, the concept of accountability necessitates two distinct levels: answerability — where the government, its agencies and public officials are obliged to provide information concerning their decisions, actions and inactions to justify these criteria to the public and those institutions of accountability; and enforcement, which suggests that the public or the institutions task with the authority of accountability can warrant the offending party or remedy contravening behavior.

According to research conducted by Best Government Association (BGA), the government should be reminded that government accountability, along with ethics and transparency, are the building blocks of effective governance. The report also indicated that the government should serve the public interest and not its own gain, and that citizens must be able to monitor their government, expose probable conflict of interest, and ensure that public officials are held accountable.

Here, I believe that the government should release monthly receipts to the public so they have a clear picture of the government fiscal policy that aims to influence macroeconomic conditions – policy that regulators must employ to enhance unemployment rates, manage inflation and stabilize business cycle, and impact interest rates in an effort to effectively manage the economy.

Coupled with this, I propose a “Tax Supplement Locality” as a redevelopment apparatus, which gives the central government the authority to establish redevelopment agencies that will assess and curb problematic areas.

Furthermore, the Open Society Foundation (OSF) pursue its own research and believes that government accountability to its citizens is one of the keystones of an open society — ensuring economic equality, fairness and civic participation. The inspectors general as mentioned earlier could work along with the government to foster transparency, rule of law and good governance.

It is evident in some societies of developing economies that governance lacks equality or fairness. One could recognize the disproportionate distribution of materials, scholarships, business opportunities and jobs — are given to the privilege few while the rest suffers. Similarly, in some cases monies have been misappropriated from important office, yet, no one has been held accountable for these actions. With this said, it seemed lately that some nations are governed mostly by authoritarian and bureaucratic principles; rather democratic.

The World Bank reiterated, given the inability, reluctance and the impediment of government to deliver imperative services to the “people,” in predominantly poor society — intensify accountability initiatives, which permits inordinate articulation of citizens’ demands of greater developmental outcomes: transparency of public decision making, enhance the effectiveness of service delivery and assemble more enlightened policy design.

In or own society, one can sense the move toward democratic outcomes for social accountability. As taxpayers’ disillusionment with the standard of democratic governance grows. They go beyond trivial ineffective protests and formal electoral participation, toward engaging bureaucrats and politicians in a more informed, positive, efficient and systematic manner; hence, increasing the possibility of effecting practical changes.

According to the principles of democracy, government accountability suggests that public officials — elected and unelected, have the responsibility to disclose their decisions, actions and inactions to tax-payers, which could be realized through various mechanisms: legal, administrative and political — designed to curb corruption and make sure that public officials are held accountable.

From now on, every society must demand government accountability!

4 replies on “Where is the accountability in governance?”