Regional diplomat frustrated by ‘lack of will’ in agri-business sector 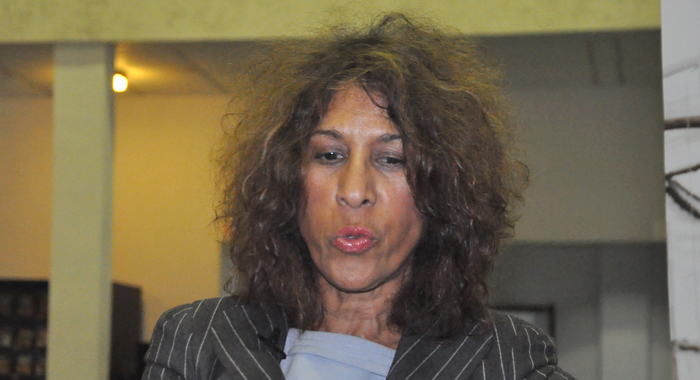 BRIDGETOWN, Barbados (CMC) — A Caribbean diplomat has expressed frustration over the “lack of will” surrounding the agri-business sector in the region.

“I think it is a shame that agriculture and agri-business is not playing a larger role in our development,” said Len Ishmael, the Organisation of Eastern Caribbean States (OECS) ambassador to the European Union.

“And when I said the lack of will, I was really expressing a certain degree of frustration,” she told reporters on the sidelines of the two-day second Caribbean Agribusiness Forum that is part of the activities of the Caribbean-Pacific Agri-Food Forum that ends here on Friday.

Organisers say the Forum provides opportunities for further sharing, synthesising and defining the way forward for the agri-business sectors in the Caribbean and the Pacific.

“Our islands are tiny, our economies particularly undiversified, agriculture certainly has a role to play in our economic futures, certainly a large role agriculture did play in the eastern Caribbean for example,” said Ishmael, who is also the OECS envoy to the African Caribbean and Pacific (ACP) grouping in Brussels.

She spoke of the sugar industry in St. Kitts and Nevis and bananas in the Windward Islands, adding, “and we have been for the longest time talking about the need to add value to agricultural products by going one step up the value chain”.

Ishmael, who is also the coordinator of the Africa Caribbean and Pacific (ACP) Small Island Developing States (SIDS) Platform, said the region has been talking about linkages between agriculture and tourism.

“I can’t tell you I have any answers,” she admitted.

“The questions are there and the questions are lingering, particularly now when the economic performance of our islands is so poor, and not because of any fault of ours, it means that every single sector that can and should be contributing to our special and economic development should be in play, but we are not seeing it to the extent that we should.”

She said for example, that the sachet of sugar in her hotel room was imported from the United States.

The British Virgin Islands, an OECS member, was importing bananas from the United States even as the four Windward Islands — Dominica, Grenada, St. Lucia and St. Vincent and the Grenadines — have lost preferential access of the fruit to the European market

She, however, mentioned as a strong point the fact that Dominica regularly supplies Antigua and St. Kitts with agricultural produce.

Asked about the issue of high-cost and unreliable inter-regional shipping, Ishmael said: I think there are constraints, but I will also put to you that there are a number of things I think we should be doing for ourselves that we are not doing.

“We have all these hotels. Why are we not supplying them with tomatoes regularly at a quality that we can vouch for on a regular basis?

“Why are we not producing the cucumbers, the lettuce in the quantity and quality that is required to supply the hotels? Why are we importing so much food?”

She spoke of CARICOM’s four billion US dollar food import bill, noting that it remains high at a time when the region if challenged to pay those bills, because very little is coming in in terms of foreign exchange.

“Our food import bill only goes in one direction and that’s up every year. Countries, large and small, are talking about the importance of food security,” Ishmael said, adding that she does not know if it is that the right policies are not being implemented or if citizens are not taking the initiative.

“I started off by saying I don’t have the answers myself. We are slow off the mark when it comes to being able to finance our own ideas and look at markets and see that there is real revenue to be made in certain markets.

“Somebody from outside will come in with a very simple idea and all of a sudden it takes off. And because we are from the Caribbean, we say, ‘Well, look at that. Mate just comes and already he has his thing done because he is from overseas.’

“But we tend to be maybe a little bit too comfortable, too complacent, but the world has change.”

The envoy said the same situation exists in tourism “where there is a sense that we are so beautiful, so romantic, everybody wants to come to the Caribbean,’ noting however, this is not the case anymore.

“We have become a very expensive destination, even to get to. There are many other parts of the world that are incredibly beautiful that people flock to, where the service is wonderful,” she said.

“So I think there is a culture change that is required in the Caribbean, where we are much more alert to the fact that time is money and time waits for no one, that we have within ourselves the possibility to develop and incubate wonderful ideas and also see businesses grow.

“We may not have always had an entrepreneurial spirit but that doesn’t mean we shouldn’t be growing one.”

She said Caribbean schools continue to train children for jobs that no longer exist and have stopped existing for decades and are still not dealing with the technical vocations or trades.

“In other parts of the world, what the financial crisis has done is to really incredibly grow the number of persons who are self-employed, who have had to be innovative, but that sort of innovation we are not seeing in our island and it is something we need to build and encourage and I think it starts from up here,” Ishmael said, pointing to her head.