Experts disagree on impact of subsidised financing on farm businesses 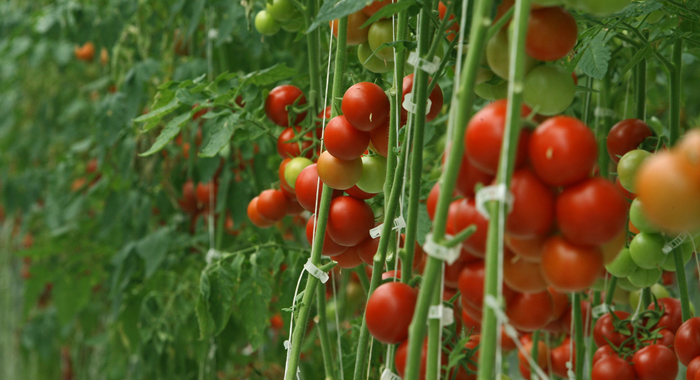 BRIDGETOWN, Barbados, (CMC) — Two agri-business experts have expressed different views on the impact of low-interest financing on Caribbean farms, disagreeing on whether or not it is an impediment to profitability.

But Trinidad-based agri-business consultant and former agri-banker, Steve Maximay, said this is a capitalist view that suggests a total dependence on imports.

Lamon told reporters that the solution to the agri-finance challenge affecting many Caribbean farmers is not low-interest schemes.

“The solution is in building a profitable business that allows you to make profits even when you pay interest rates on your loan,” said Lamon Rutten, manager of Policies, Markets and Information Communication Technology at CTA.

Some policymakers in the Caribbean have noted the rate of interest that farmers have to pay, but Rutten said this should not be a deterrent.

The former chief executive officer of the Multi Commodity Exchange of India said the problems come from both sides, where agri-businesses do not know how to sell themselves as bankable, and financial institutions do not make enough effort to understand agriculture.

He said banks would really want to know that agri-businesses are profitable before providing a loan.

“… and you are only going to make that case nowadays if you really reach the highest standards and if you use the best possible technology, you try to reach the standard required for global certification, because that’s where the premium markets are.

“If you don’t meet those requirements, you will be selling your goods in pretty bad markets, getting low prices, difficult to be profitable,” he said.

“People who acquire subsidised interest rates are not required to improve the economics of their business,” said Rutten, a former senior advisor at the World Bank.

He told reporters that it is much better to use that type of subsidy to train farmers to ensure that they learn how to use better technology and to do blending — where the banks provide the finance.

He said governments can provide risk coverage, for example, for hurricane or droughts and that small farms can be profitable, but need to adopt modern practices.

“The reality of farming everywhere is that farms have choices. If you have a small parcel of land, you can use that parcel to grow high-value commodities.

“Farming is a business, it is not a hobby. It is not a social safety net. So, just like any other business, farming should move in the direction where farmers are businessmen,” Rutten said.

The government of St. Vincent and the Grenadines has bemoaned the low levels of loans that commercial banks give to agri-businesses.

In response, it has founded and capitalised the state-owned Farmers Support Company at EC$6 million annually over the past two years.

The company is financed with funds from PetroCaribe, Venezuela’s oil alliance with several Caribbean nations, which allows participating states to keep a portion of the payment as a loan, repaying for it — depending on the price per barrel of oil — over 25 years, at one per cent interest.

In Guyana, the newly elected David Granger government is preparing to re-introduce an agricultural and industrial development bank.

Rutten said agri-development banks, by and large, “have done a lot to keep farming in the situation that you describe,” a reference to a reporters’ comment that many Caribbean farmers are poor and have low levels of education.

He said there are much better ways to use the money given interest rate subsidies and that many farmers show that with “proper application of energy and of minds, even small farms can be profitable farms”.

Rutten also suggested that government can invest in seed research and distribution.

“If you look at yields in the region, they are very, very below global yield levels. On one piece of land, if you produce four times as much, you can pay 8 per cent interest. Get farmers the proper seeds.”

He said governments can also invest in input distribution, ensuring that farmers have access to fertilizers, and, if they don’t want to go organic, access to pesticides when needed.

“So, create opportunities for farmers to market, make sure they have access to the best possible seeds, train them so they know how to use all these opportunities, leasing schemes for small-scale equipment, leasing scheme for … irrigation schemes and then you create farmers who remain competitive even if the government runs out of money.

Rutten, however, said that particularly for smaller borrowers it is important that banks find techniques to provide cheaper loans.

“There are expensive ways of providing loans, microfinance, and there are cheaper ways of providing. But those are financing techniques that banks have to learn about, “he said, noting that many studies have concluded that “if you make money too cheap, it will be the people with power who will fight to get that money.

“So, the money doesn’t go to the farmers who really need it. If, as a farmer, you can’t pay interest rate of 8, 10 per cent, then really you are not a good farmer. You shouldn’t be bankable.

“Farming is a business and it should be a profitable business… If you are a good farmer, you can make good profits, you can make honest interest rates.”

But Maximay said that he could not agree with Rutten’s comments “in a carte blanche manner”, noting that his view goes against the philosophy of a development bank, adding that the strength of an appraisal of a development bank is based on the examination of the actual project.

“And there are some projects that require financing at a discount rate, what you would call a lower rate of interest than a commercial rate. “You can’t leave everything to market forces,” he told the Caribbean Media Corporation (CMC).

“That has been shown time and time again, and we are discussing this in the context of agriculture that is subsidised all over the world, whether the subsidies are hidden — overt or covert.

“If you pay for my transportation cost, if you ensure that I have no cross-border difficulties, no import licence to pay, that is, in fact, a hidden subsidy.”

On the matter of seeds, Maximay said the government should be more interested in heirloom seed, “seed from their own country, so that in terms of expenses, the expenses should be put into their national programmes, not so much into importing pesticides, etc.

“The type of capitalist view that would have been expounded here suggests a total dependence on imports,” Maximay said, adding that he is more interested in subsidies that encourage people to do composting.

“We should really be paying our farmers, who are stewards of the environment, and the way to do that is to carry some of them money through subsidies – what appears to be subsidies but are really deferred payment to the farmers,” Maximay added.