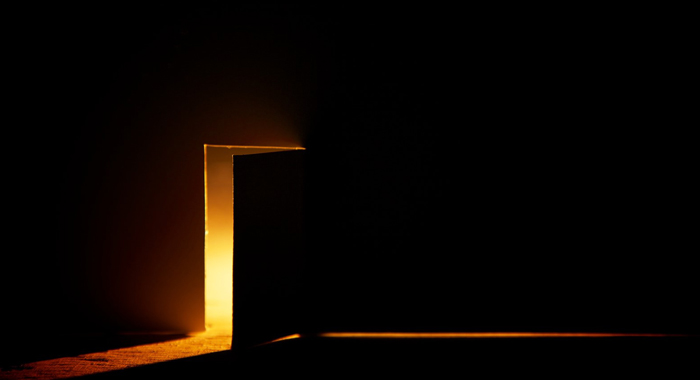 (Based on actual events.)

Sunday dinner for the family at Mama Jones’s was a veritable ritual. It was the only time each week that their lives relaxed enough to allow them the luxury of a meal together. And, though some of Mrs Jones’s children had different fathers, she had raised them in such a way that the concept of half-brother and half-sister did not exist in her household. Mama Jones meticulously prepared each dish, carefully adding to each one its measure of herbs and spices, delicately weighing the addition of salt, margarines and other flavourings. The skills with which she prepared each dish had been in the family forever, handed down from generation to generation, to both male and female, with the same liberal measure with which she served guidance about Christian principles and morality.

In the middle of the table sat the fruit bowl, which, like the cooking skills had been with their family for as long as anyone could remember. Only the most observant of visitors would have noticed that the fruit bowl was not its original self, something that every family member knew. The thin, hardly visible lines on its surface were not cracks. They were the only evidence of the many pieces into which the bowl had shattered when a violent wind turned the dining room curtains into a banner at the end of one Sunday’s dinner. There was a gentle breeze that day and, Tom, against the judgement of his mother, decided to open the window to savour the pleasure that was being enjoyed by those outdoors.

On the wind, had come the sweet fragrance of a familiar plant. The Lady of the Night was any ordinary plant in the day: broad evergreen leaves, with mundane white flowers. The fragrance had grown more and more intense as the gentle breeze became a swift gale. Mingling with the fragrance of the Lady of the Night was the smell of rain. Mama Jones rose to her feet as the long and heavy curtains had begun to unfurl and flap with the force of the wind. However, she was too late. As the curtains rose to the roof, their edges swiped against the then empty fruit bowl, the contents of which had been enjoyed during the meal that had come to an end.

The sound of the shattering of the fruit bowl had been hardly distinguishable from the first violent sprinkles of rain again the galvanised sheets on the roof. There had been a flash of lightning that had chased the twilight from the room. A few seconds later, there came a thunderclap. A storm had come from nowhere; unannounced and bringing a dramatic end to that evening’s meal. Tom and his mom took to the floor to pick up the broken pieces of the fruit bowl.

David had thought that his eyes were playing tricks on him when he came for breakfast the next day. The fruit bowl was sitting majestically on the table. He had entered the room just in time to hear his mom say to Tom, “It’s okay. Everyone makes mistakes”

As he took the milk carton from the refrigerator, she had gone on to the say to him, “This fruit bowl is part of this family. There is no trash heap for family.” She had been using the opportunity to impart another lesson about the ability and willingness of Jesus to heal broken hearts and lives, the only condition being that He be given all the pieces.

That was fifteen years ago. Much had changed since then.

The Jones’s kids were grown up, the eldest son, Tom, at age 29 and unmarried, had already fathered three kids by three different women. Given that the mother of the eldest child was then too young to mother him, she gave him to Mama Jones, who raised him as if he were a son rather than the son of her son. Tom had come home for the first time in the seven years since he had left at age 15. And as Mama Jones laid the final dish on the table, David’s eyes digested the appearances of his family members.

Mama Jones’s face glowed with delight that the prodigal Tom had returned home. However, the tears that David had often seen her shed, communicated her sadness about the circumstances that had brought him home. David’s elder brother sat next to his eldest son, the family’s child. The former seemed preoccupied by something while the latter, in his youthful innocence, seemed more concerned with getting through grace so that they could get on with the meal. Their sister seemed somewhat half asleep, having napped since getting home from church that morning.

As he looked at his family before him, for the first time in about seven years, David’s mind went back to that conversation his mother had had with Tom that morning: “There is no trash heap for family…. God can mend broken lives if we give him the pieces.”

Mama Jones, having set down the last dish, took her place at the head of the table. No one needed to tell the members of this family to bow their heads. They did it almost automatically, including Tom who had not had one of those meals with the family in seven consecutive years. They waited for Mama to invite someone to bless the meal or to do so herself. And, just about the same time that the matriarch asked David to bless the meal, Phillip, his eldest son asked, “Grandma, what is the nature of Tom’s illness?”

“Let us pray,” David said as he lowered his head and closed his eyes.

David had first realised that Tom was ill when Tom had been lying in the hospital bed, his chest taken over by pox-like boils. The older brother had thought it strange since he was always made to believe that once one contracts chicken pox, one was then immune to the disease. He had asked Tom what the boils were anyway.

“The doctor said they are shingles,” Tom had told him, the only explanation he gave.

David had not known what it was that had come over him. Maybe it was those telltale boils on his brother’s torso or, perhaps it was the close connection that they had forged during their childhood years, but whatever it was, David knew somehow that there was something terribly wrong with his brother, and they both broke down in tears.

About a year later, Tom had again been admitted to the hospital. David was then convinced that that was the end. So had been Mama Jones and the rest of the family. Tom had become a shadow of his former self, having lost 30 pounds over a three-week period. He was falling asleep easily in a way that bordered on narcolepsy, and he stayed asleep for extended periods of time, a seeming prefiguration of a more permanent rest.

“My brother is very ill,” David said to the man who was his and Tom’s father. “I don’t think he will make it to the end of this week,” he added for good measure.

“What is the nature of his illness?” their father managed to say, obviously stunned by the blunt announcement.

“Go see him. Maybe he will tell you,” David retorted, the coldness in his words mirroring their relationship.

David had had no idea of how his father had responded to those words. For no sooner had they left his lips, than he turned, walked away, and never looked back.

How could this have happened to someone who grew up in a home where condoms were so ubiquitous they were a veritable decoration? And had not their mother visited their church to talk to the youth group about abstinence? Did not the Health and Family Life Education class at school speak of “safe sex” to those who chose to exercise their right to indulge?

“Excuse me!?” David said as he came suddenly out of his reverie and responded to his mother’s calls.

“Are you gonna bless the meal?” she asked, a quizzical look in her face.

“Let us pray,” David said, for a second time.

Addendum (December 1, 2015): Dedicated to the memory of “Tom”, my younger brother, W. Alex “Nick” Chance, who died on 7 April 2015 of kidney failure brought on by HIV, a decade after he tested positive for the virus, and to everyone else whose live has been touched by HIV/AIDS.)

One reply on “When Tom Came Home (A Short Story)”