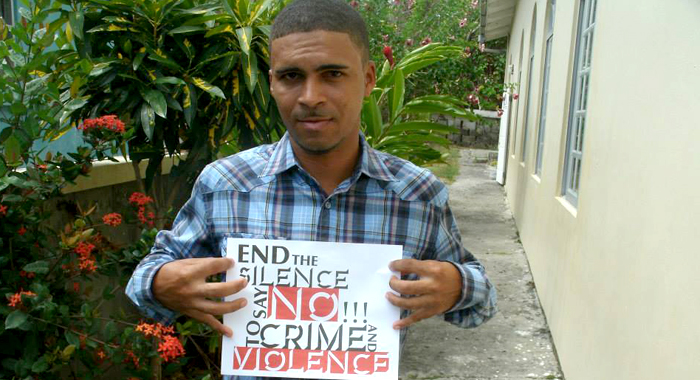 For the second consecutive year, a young Vincentian is one young people from across the Commonwealth who are being recognised as exceptional leaders in their community.

The Award, which will be presented in London by Her Majesty The Queen in 2016, and is part of The Queen’s Young Leaders Programme, celebrates the achievements of young people who are taking the lead to transform the lives of others and make a lasting difference in their communities.

Dillon Ollivierre, 26, from Bequia has been selected in recognition of his work in mentorship and social enterprise.

Ollivierre said: “As director of Rise Up Bequia, an NGO which was established to help those affected by the 2013 floods, I have worked to raise money for victims and to provide children with school supplies. I want to inspire young people to become model citizens; as a teacher I discuss concerns and issues youth face today. I’m extremely excited to have been chosen to be part of the Queen’s Young Leadership Award”.

This year’s Award winners, aged between 18 and 29 and who come from all over the Commonwealth, are working to support others, raise awareness and inspire change on a variety of different issues including; education, climate change, gender equality, mental health and disability equality.

The Queen’s Young Leaders Programme was established in 2014 by The Queen Elizabeth Diamond Jubilee Trust in partnership with Comic Relief and the Royal Commonwealth Society in recognition of The Queen’s lifetime of service to the Commonwealth. Over the next three years the Programme will support thousands of young people to achieve their goals.

Astrid Bonfield, chief executive of The Queen Elizabeth Diamond Jubilee Trust said: “Once again 60 incredible young people from around the Commonwealth have shown strength, leadership, empathy and drive. Some of our winners are just embarking on their leadership journey and others are more established. Either way, we recognise not only what these amazing young people have achieved, but also their potential in changing people’s lives for the better in the countries and communities in which they live.”

This year, Vincentian Kenville Horne, 28, was awarded “for his trials and triumphs and his effort to make a meaningful change in his community”.

Five years ago, Horne started a sports based programme, called the Kenville Horne Sports Academy, for disadvantaged and at-risk youth between the ages of 6-17 in his community of Rose Hall.