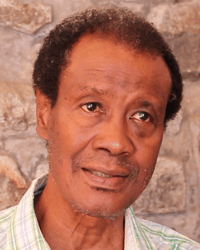 In the Searchlight newspaper of Friday, January 08, 2016, the columnist and celebrated NDP partisan Dr. Adrian Fraser delivered himself limply of this purported insight:

“Our December elections were strange and should be to anyone who has been monitoring elections over the years. As I listened to the results on the night of December 09, something appeared out of order. The numbers called made little sense to me. They just did not reflect the mood of the country” [My emphases].

From Dr. Fraser’s personal perception of “the mood of the country” he pronounced conclusively, on what he labelled these “strange” elections, in the following bizarre manner:

“The results shocked me. There must have been a problem. I have little doubt about that. I must admit that there is nothing scientific about my conclusions, but it is not only intuition, but an understanding of the state of play.” [My Emphases].

As we all know, Dr. Fraser has a doctorate in history. Historians are supposed to deal with facts and scientific enquiry, from which conclusions, or at least viable hypotheses are to be established for further evidential testing. But Dr. Fraser throws all of this fact-based and scientific enquiry out of the window and relies instead on his “intuition” and his “understanding of the state of play”. Clearly, that “understanding” has no factual or scientific basis, and thus must have flowed generously from his creative imagination!

This irresponsible folly of Dr. Fraser was authored and published at precisely the same time as several “political crazies” were seeking to create fear, alarm, and civil commotion in, and among, the public, about the election results. Indeed, his irresponsibility was published at the very moment that the safety and security of The Editor of The Searchlight and the physical premises of this very newspaper were under threat by the “political crazies” because of the Editor’s insistence on the provision of facts and evidence to support the outlandish allegations that the elections were fraudulently stolen by the Unity Labour Party in concert with officials of the independent Office of the Supervisor of Elections.

It requires little reflection to appreciate that there is a marked difference between mood and strength. Every patient who visits his or her doctor knows this; your mood may be sound, but the doctor objectively discovers that you have no strength and that you are at death’s door. Moreover, a perceived mood as assessed by a political partisan is distinct from real strength on the ground, as reflected in votes in elections.

Interestingly, the ULP strengthened its position in seven of the eight seats which it won; there was an insignificant decline in South Windward — the ULP’s margin of victory in that seat in 2010 was 788 votes and in 2015 it was 759. [By the way, Dr. Fraser is not correct about a similar slippage in the ULP’s margin in North Central Windward; in 2010, the ULP won by a margin of 2,243 votes (3,004 for Ralph as against 761 for Ken Johnson) and in 2015 the ULP’s victory margin increased to 2,269 (3,015 for Ralph as against 746 for Johnson)]. Similarly, the ULP strengthened its position in six of the seven seats it lost in 2015 when compared to its 2010 performance. More importantly, the ULP increased its strength markedly in three of the seats which it lost in 2015: North Leeward, South Leeward, and East Kingstown; they are now easily in ULP’s grasp.

A vital sign of the NDP’s continuing decline is in East Kingstown, which was retained by the NDP’s Leader, Arnhim Eustace, in 2015, but with an underwhelming performance. The raw votes are as follows: In 2010, Eustace’s margin of victory over the ULP’s Luke Browne was 467 votes (2,589 for Eustace and 2,122 for Luke); in 2015, Eustace’s margin slipped to 149 votes (2,444 for Eustace and 2,295 for Luke). Does Dr. Fraser’s “intuition”/“understanding” think this is to be a “strange”/fraudulent result and not reflective of his perceived “mood” of the state of play? If so, he must give us the benefit of his “intuition”/“understanding” about neighbouring Central Kingstown in which the NDP’s St. Clair Leacock increased his margin of victory over the ULP’s candidate from 382 votes in 2010 to 516 votes in 2015. So, Leacock’s margin of victory rose by 134 votes or by some one-third, while Eustace’s margin declined by 318 votes or by more than two-thirds? These are facts about electoral performances, not “intuition” and fanciful imaginings of fraud!

I advise Dr. Fraser to read a broad statistical analysis of the election results written by one Simon Bullock and published in iWitness News on December 18, 2015, under the rubric “The Importance of Leadership”. In summation, Bullock stated:

“The results of the elections clearly show that the ULP won both the popular and the constituency vote, albeit by a narrow margin. Comparing votes case in 2010 with 2015, there was an average swing to the ULP of 2.8 per cent across St. Vincent and the Grenadines, or put another way, a swing to the ULP in 13 of the 15 seats. This is a clear and comprehensive victory.”

Bullock’s analysis shows, as represented in a chart, that the swing towards the ULP was greatest in the Northern Grenadines then in descending order to East Kingstown, East St. George, Marriaqua, North Leeward, Southern Grenadines, Central Leeward, then more or less evenly in South Leeward, West Kingstown, North Windward, and then finally North Central Windward and South Central Windward (its second strongest constituency), and a 2.5 per cent swing against it in Central Kingstown) even though the ULP actually increased its vote there by 21 votes but Leacock of the NDP increased his tally absolutely by 155 votes.

These facts and statistical evidence across St. Vincent and the Grenadines, not just in Central Leeward, must shame Dr. Fraser to cease his folly about “intuition” and unscientific posturing dressed up as credible analysis. He must know that this kind of writing by him is an embarrassment for a professional historian. Incidentally, if the NDP was not so cocooned in its own echo chamber it would have paid attention to Peter Wickham’s pre-election October and November 2015 polls which pointed to a swing to the ULP of over 3 per cent. That also ought to have served as a scientific pointer for Dr. Fraser.

The statement of fact that the ULP’s “Four-Inna-Row” electoral triumph is historic, seems to offend Dr. Fraser. As is his wont, he twists what the ULP spokespersons often say. It is true that the first historic four-inna-row, in terms of seats, belongs to the NDP under James Mitchell (1984, 1989, 1994, 1998), but the NDP’s fourth straight electoral victory was attained with a minority of the popular votes (45 per cent). The ULP’s “Four-Inna-Row” is historic in that it is the first time in St. Vincent and the Grenadines that a political party has won majorities in both the popular votes and the number of seats. That is what makes the ULP’s fourth triumph truly historic! Indeed, the ULP has now won popular majorities in five successive elections (1998, 2001, 2005, 2010, and 2015). That, too, is truly historic in St. Vincent and the Grenadines and the region.

It should be pointed out that the last time the NDP won a majority of the popular votes was 21 years ago in 1994 when James Mitchell reigned supreme and Parnel Campbell was the strategic mastermind and organiser. Incidentally, these two NDP stalwarts of the past have been sidelined by the Eustace-led NDP.

The historic decline of the NDP is palpable. In 1989 the NDP won all 15 seats with just over 66 per cent of the vote. In 1998, nine years later, it received only 45 per cent of the vote — a drop of 21 percentage points. In 2015, the NDP received some 46 per cent of the popular votes, a mere 2 per cent increase over 1998 — a span of 17 years. Meanwhile, through the rough years of a global economic meltdown (2008 and continuing), the removal of market preferences for our bananas in Britain, and repeated natural disasters, the ULP has kept its solid base and replenished it with the bulk of young voters. The only real blip for the ULP came in 2009 when it sought to challenge head-on the colonial, gubernatorial and insufficiently democratic constitutional inheritance in a referendum. Momentarily, the ULP stumbled, but it did not fall in the people’s esteem. It swiftly recovered and is on a continuous upward trajectory, first with its third victory against the odds in 2010 and now the historic Four-Inna-Row.

For all these reasons, and more, Comrade Ralph is correct in affirming that the ULP is the natural party of governance in St. Vincent and the Grenadines. And we are not afraid of elections of any kind; our record is there!

Office of the Prime Minister