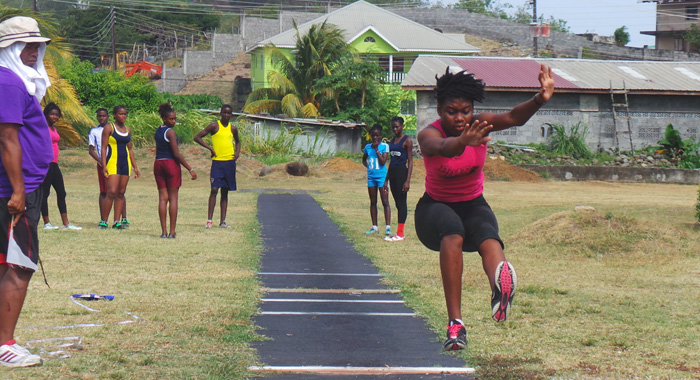 Team Athletics St. Vincent and the Grenadines (TASVG) will hold its Jumps Classic this Saturday at the main Arnos Vale Playing Field.

A release and schedule as well and regulations from the Organisation, the ruling body for track and field in SVG, shows that athletes will compete in age groups U13, U15, U18, U20 and 20 plus.

The U13 and U15 will compete in high and long jumps, while the U18, U20 and 20 plus will showcase their talent in the high, ling and triple jumps.

The categories and schedule as per the TASVG release:

One reply on “TASVG holding jumps classics this weekend”