1 million pounds of arrowroot expected to be harvested this year 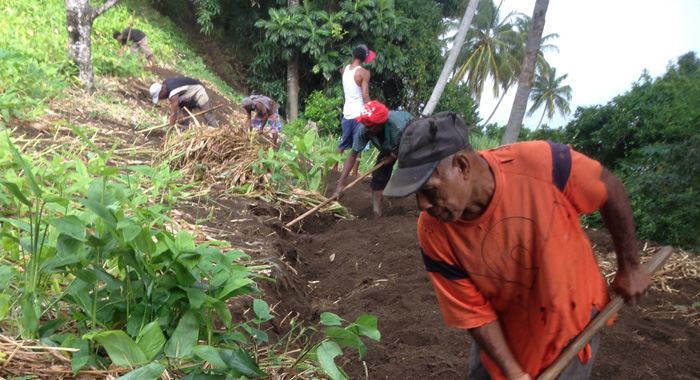 The arrowroot industry is expecting to reap one million pounds of rhizomes from the 150 acres to be harvested this year.

“We are expecting a yield of a little over one million pounds, so we have a lot of work to do,” Manager of the Arrowroot Industry Association, Cauldric Brown, said Monday as harvesting got underway.

“We are a bit late. This year, harvesting should have commenced in late November-early December, but we had some problems at the factory, which we had to sort out first. So now we have everything under control we commenced harvesting today (Monday),” he said.

He explained that before asking farmers to harvest, the association has to make sure that the factory is up and running and that reaping card are issued.

“The officers would check the farmers to ensure that the fields are actually ready for harvesting,” Brown said.

He noted that a few years ago, farmers were being paid 25 cents per pound. This price, he said, was not attractive to the farmers so most farmers went out of production.

Brown said the association is expecting over 100,000 pounds of starch from this year’s harvest, and is, therefore,  seeking new markets.

“We are trying to get into those traditional markets and looking for new markets,” he said.