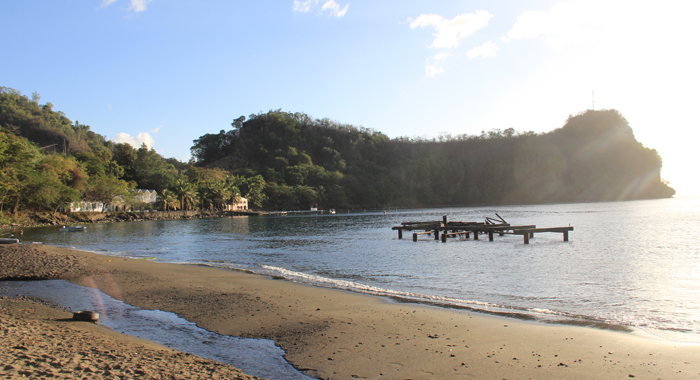 Leader of the Opposition Arnhim Eustace on Monday condemned the murder of a German man and injury of another on board a yacht at anchored at Wallilabou Friday, saying he was “very disturbed” by the development

Police on Monday said that they are investigating the circumstances surrounding the death of Martin Griff, a 49-year-old accountant of Germany, which occurred at Wallilabou Bay during the pre-dawn hours of Friday.

Police are also investigating  the attempted murder of Reinhold Zeller, a 63-year-old sea captain, also of Germany, which occurred during the same incident at Wallilabou Bay.

Zeller sustained a gunshot wound to his left shoulder after unknown assailants attacked him on the yacht, police say.

Eustace, speaking on his weekly radio programme, noted that yatchies are in contact with each other around the world.

“And when you see a yatchie is killed like this, … the news flies very fast,” he said.

“And this is going to be a blow for us, to have another person killed on a yacht in our waters. I was very disturbed when I heard about the killing and I say that is another nail in our economic coffin, if it continues to be like this.

Eustace said that the yachting sector is very important to the Vincentian economy adding that yacht passengers contribute more to the economy than their cruise ship counterparts.

“They have to replenish their supplies, they come ashore in the evenings to have meals in the destinations. And they contribute, they take services like water and so on, fuel and other things like that — get their laundry done and so on.

“So they make a significant contribution to the tourism sector in St. Vincent and the Grenadines. And anything that happens that impacts negatively on that yachting sector and tourism generally is something we should abhor,” Eustace said.

“It is not a good thing. And we have to have some remedies. We have to go out there in the field. Those responsible for promotion and investment generally in our country, they have to go out there and try and stave off some of the negative effects of a killing of that sort and what it means for our economy,” he said.

Eustace said the crime will affect all of the nation’s tourism subsectors.

Prime Minister and Minister of National Security, Ralph Gonsalves, on Friday expressed “revulsion” at the crime.

5 replies on “Murder of German sailor ‘another nail’ in St. Vincent’s ‘economic coffin’”