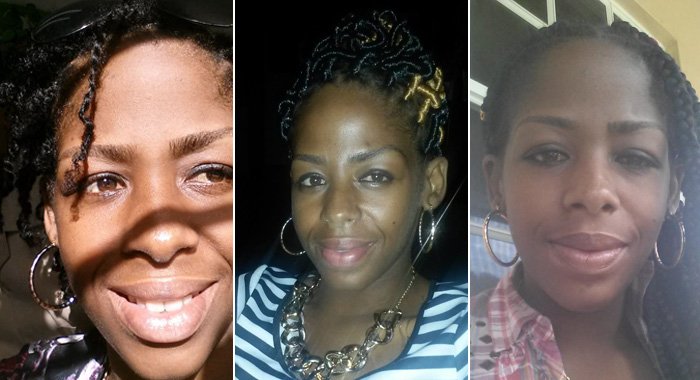 Ayana Findlay, 24, died on March 18, a decade after she began presenting with signs of kidney faliure.

When, at 15 years old, Ayana Findlay began displaying signs of kidney failure, it was the beginning of a long battle that would see her relatives, friends, and the Vincentian public contributing in order to keep her alive.

But for the past few years, her family had had to come up with EC$1,000 per week to pay for two hemodialysis sessions.

Findlay needed three sessions, each of which cost EC$500. But her family could only raise enough money to pay for two.

Now, they are digging into their already depleted resources to give a “decent” burial to the deceased Redemption Sharpes woman, who, through her posts on social media, and her one-on-one interactions, inspired many in the face of her life-changing illness.

“Well, we’re doing the arrangements right now. Finance is a big problem because she wasn’t in any [friendly] society because she became very ill very early. So, because of that, you couldn’t get her into a society. So, it’s like family and friend again have to try to come together to give her a decent burial. That is a very important issue right now — finance,” Findlay’s mother, Nicole Lee-Homer told iWitness News on Wednesday.

Findlay began presenting with symptoms of kidney disease when she was a 15-year-old Form 3 student at the Girls High School (GHS).

Lee-Homer said that she noticed that her daughter’s feet would be swollen when she came home from school on afternoons.

But Findlay was “big”, her mother said, and her daughter dismissed the size of her foot as in keeping with her overall physique.

But doctors concluded that Findlay had nephritic syndrome, a condition in which pores in the kidney permit proteins and red blood cells to pass into the urine.

Lee-Homer said doctors told them that this condition sometimes occurs in girls Findlay’s age, but can be cured if treated properly.

“They (doctors) put her on treatment but it went worse, because the treatment went against her. A lot of treatment; a lot, a lot of treatment. I can’t even remember some of their names. But I know one of them, for sure, was the steroid,” Findlay said.

Her health problems notwithstanding, Findlay graduated from GHS with nine subjects and went on to the St. Vincent and the Grenadines Community College, where she studied accounting.

But at one point, she became so sick, she had to be kept at home in adult diapers.

She was flown to Trinidad, where tests results showed that both of Findlay’s kidneys had failed.

The toxicity of her blood was 30 per cent and she was rushed into an emergency surgery.

When she returned to St. Vincent, Findlay was placed on peritoneal dialysis.

In peritoneal dialysis, the inside lining of your own belly acts as a natural filter. Wastes are taken out by means of a cleansing fluid called dialysate, which is washed in and out of your belly in cycles.

Findlay had to do a cycle every six hours.

While this is cheaper than hemodialysis (in which blood is pumped out of your body to an artificial kidney machine, and returned to your body by tubes that connect you to the machine) it was still an expensive undertaking.

Sometimes she would get two boxes of the fluid from the Milton Cato Memorial Hospital, which lasted three days.

“So we used to have to be buying from Trinidad, Barbados and things like that,” Lee-Homer said.

But at times, the fluids would not arrive on time and Findlay would be a day or two without dialysis.

Findlay was taken back to Trinidad, where she did another surgery before being placed on hemodialysis.

One of the surgeries cost EC$6,000, which Lee-Homer said was paid for — like the weekly hemodialysis sessions — with contributions from family, friends, well-wishers, and fundraising.

Every three months, the Ministry of Health would give EC$2,000 to help with the cost of hemodialysis.

She started complaining about headaches and was admitted to the hospital on Feb. 22 and was discharged five days later.

Findlay was given medication, but on the weekend she started complaining about headaches again.

She did a CT scan and received the results two days after.

The news was not good.

Findlay’s brain, doctors said, had been bleeding since about two weeks earlier. Her brain was also swollen and there was fluid inside her skull.

Doctors said she needed surgery to drain the blood and fluid.

“We agreed to it. At the time, Ayana was unconscious. We went to the doctor and we spoke. He told us how he was going to do it,” Lee-Homer told iWitness News.

When Findlay came to, she began asking questions about the procedure.

She researched the procedure online. Her mother asked her if she wanted to do the surgery.

“She said, ‘But look so much people want to help me. They’re sending money and everything like that.’ She said, ‘If people want me to live, why wouldn’t I want to live?’” Lee-Homer further recalled.

Findlay signed the consent form. However, the surgery was postponed because her blood was low. They gave her the blood that night and rescheduled it for March 12.

“Before going in to surgery, Ayana was full of life. She was energized, excited,” her mother said, adding that they joked about buying a wig for her, because she had to shave her head for the procedure.

“She was excited about it. She knew the impact of the surgery and she was willing to do it. But, she never wake up from the surgery,” Lee-Homer recalled.

After Findlay was taken to the recovery room, one of the doctors went to check on her and said something did not look right, Lee-Homer said.

The surgeon came back and told her that Findlay’s brain was bleeding again and they had to go back into surgery.

“After they came out of surgery, he said you all need to pray, because she is very, very critical. And at this stage, it’s nothing the doctors could do anymore, because her brain was exposed too long,” Lee-Homer told iWitness News of her conversation with the surgeon.

Findlay remained on a ventilator until she died.

“They say everything shut down. The night when she died, when I went back and asked the nurse, she said everything just shut down.”

Lee-Homer described her daughter as “a very loving person”.

“She loved family. She loved children and she loved helping people. Although she was sick, she went out of her way to help people, even in the village here.

“One time, she said to me, ‘If I only get better and get a job, there are some children around the village, I will help them.’ Because she saw the financial need and things they wanted. So she said she would help them…

“She was just a spritely person. If she’s sick, you’d know she’s sick because she would be sad. When she cried, she was really in pain. But apart from that, she would be up and about. Sometimes, we would have karaoke and she’d be singing and everything like that. She was always on the go.”

Lee-Homer said that Findlay’s Christian faith played an important role in her life and thanked the Vincentian public for their donations and support during her daughter’s illness.

“She grew up in a Christian household,” she said, adding, “She used to go to church and everything like that, she was baptized and everything. She even told us one time of an experience she had in the hospital when she felt the Holy Spirit on her. So I am not wondering whether or not she is in heaven. I know she is up there.”

Findlay lived for almost a decade after first exhibiting signs of kidney failure.

But that does not make her death any easier for her family.

“It hurts. It ain’t matter how long you’ve been ill or if you are young or old. But once the person leaves, they are not around and you know you are not seeing them anymore,” her mother told iWitness News.

Ayana’s death was especially hard for her mother on Tuesday, her mother’s birthday.

“Ayana, normally on my birthday, is the first person to call me or wake me up out of my bed … and no call came yesterday. So, it was really hard. At the first part of the day, I had to force myself to get up out of the house to go and do what I had to do, but God knows best.”

(Below is a video from Findlay’s Facebook page, which she posted in November 2014)