Police searching for man in connection with burglary in Layou 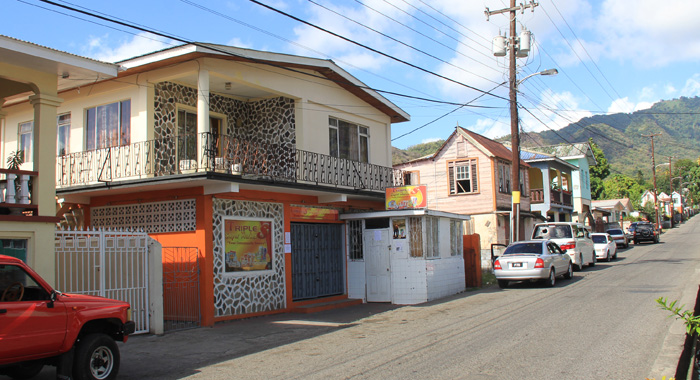 Police on Tuesday said they were in search of one Godwyn Sam (address not disclosed) to assist with their investigations into a burglary at Triple S Super Market in Layou Saturday night.

A release from the Police Public Relations Department said an officer on the road leading to the residence of Deputy Prime Minister, Louis Straker in Layou about 3:45 a.m. on Sunday, March 27, saw three masked men and shouted to the men.

“One of the men reportedly put his hand to his side and shots were fired. The men ran and left a vault.

“Niron Morgan was later found on the Layou beach with a gunshot wound to his chest. He was taken to the Milton Cato Memorial Hospital (MCMH).

“The vault was later identified as the one missing from Triple S Supermarket,” the police statement said.

iWitness News visited Layou on Sunday and Monday and was told that burglars entered the supermarket after prying off the burglar bars from a side window.

The burglars are believed to have been attempting to take the vault to a pirogue anchored at Jackson Bay, Layou.

The manager of the supermarket declined to comment on Monday.

A number of vaults have been stolen from business places over the past few months. (See earlier story below)