Eustace can rescue his legacy or be judged harshly 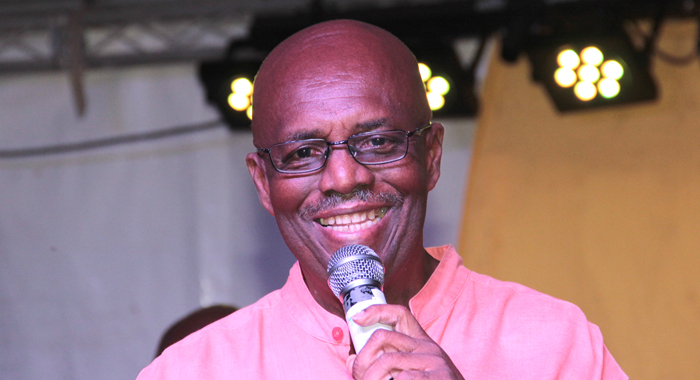 The late Harry S. Truman, former president of the United States of America, once said, in reference to his responsibility as president, “The buck stops here.”

A desirable characteristic of a leader, is one’s demonstrated willingness to accept ultimate responsibility for the outcomes of the tasks set by the organisation one leads, whither those outcomes convey failure or success. The leader must show character and magnanimity and publicly acknowledge the reality of the facts evident in the public domain.

In the political realm, leaders are judged by the exacting standards of effectiveness by ends, not means. They are judged by performance, not style. In the competitive environment of politics, there is always only one competitor on the podium at the end of the race. There is no second place or nearly-win. You either win or you lose.

Unlike the American political system, where senators and congressmen have considerable power and can significantly influence policy decisions on the merit of their personal electoral successes, the first-past-the-post electoral system, collective responsibility cabinet government and prime ministerial supremacy that we practice in St. Vincent and the Grenadines, the game is different.

An individual candidate could bring positive personal assets and attributes to the campaign, but, ultimately, it is the aura of the political leader that would take them over the finishing line.

In our type of political construct, people vote for a prime minister, therefore, in many instances, they would vote for a candidate whom they could stomach, in order to get the prime minister they want.

This being so, political leaders in our Westminster type democracies have, with few exceptions, accepted full responsibility for their party’s electoral fortunes. In success, they triumphantly adorn themselves in the prime ministerial robe and in defeat, they resign their position as leader without pretension or prevarication.

Anyone who has been involved in a hands-on way in political campaigning in St. Vincent and the Grenadines over an extended period of time knows that the electorate are fully aware of the reality of prime ministerial supremacy in our political system and government. This awareness on the part of the voter, influences heavily their voting preference at election time. Two considerations are weighed heavily in the mind of the voters as they contemplate their choice: (1.) Do I feel an emotional affinity or connection to the individual who would be my prime minister? And, (2.) do I feel deep down in my heart that he or she would give a sympathetic ear to my situation and go out of his or her way to help me and my family? Ultimately, their preference is going to be for the person whose pronouncements, socialization, and record is most closely aligned with their feelings.

Over the last 16 years, the New Democratic party has been clobbered consecutively at four general elections. Has anyone accepted responsibility for any of these defeats? Who must bear responsibility for the fortunes or misfortunes of the NDP? During this period, the party has been led by Mr. Arnhim Eustace as president with primarily the same cast of supporting actors in the executive. Has anyone accepted responsibility for the electoral defeats? Where does the buck stop? If, as it seems to be that the buck stops nowhere, then the party is afflicted with a monumental leadership conundrum. This question ‘Where does the buck stop?’ must of necessity be answered urgently to allow the party to engage in thorough organisational analysis, confront any institutional, managerial or administrative deficiencies which may exist and come up with new and practical ideas as to how to go forward. The party cannot continue on its present path!

If Mr. Eustace, at this eleventh hour, would acknowledge that “the buck stops here” and accept full and unconditional responsibility for the four consecutive electoral defeats of the party under his leadership; he might just be able to rescue his legacy. If not, history will be a harsh judge.