Airline to announce in June plans to fly to Argyle — PM 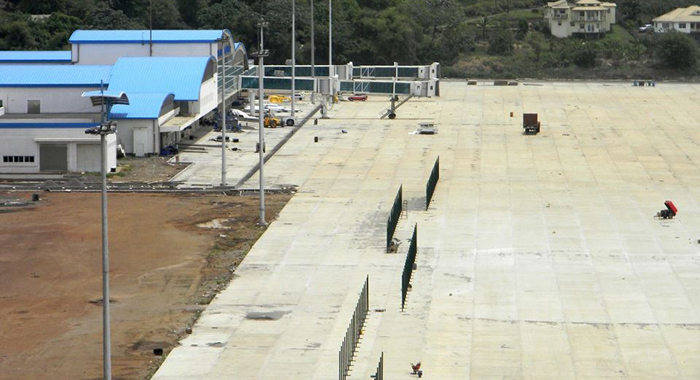 By the end of June 2016, Vincentians will know definitely the name of at least one airline that will be flying to the long-delayed Argyle international Airport.

“I want to tell you this — can’t tell you the name of this airline, but we have already done the negotiations with an international carrier out of the United States and before the end of June, I will be signing the agreement,” Prime Minister Ralph Gonsalves told the Unity Labour Party’s (ULP) 22nd national convention on Sunday.

He said he was just waiting for the feedback of the Attorney General on a number of items, and also from the Director General of Finance and planning.

“The agreement is OK as far as I read it but I have to get the final input of these two important officials,” Gonsalves said.

This is the latest in a long list of comments by public officials that this or that, unnamed, airline has agreed to fly to the airport.

But Gonsalves said that the airline will make an announcement in a matter of weeks.

“And when this international carrier announces that they are coming here later this year, that is going to drive other competitors to want to come to St. Vincent at the Argyle International Airport,” Gonsalves said.

“And there are other airlines in America and Canada and the Caribbean and there is an airline in Britain and more than one charter company interested,” he said.

Gonsalves said his government is signing air service agreements with a number of countries.

However, he did not say anything of the Trinidad government-owned Caribbean Airlines, which he said just ahead of the general elections on Dec. 9, had agreed to fly to Argyle.

Head of the Tourism Authority, Glenn Beache has repeatedly said that airlines are interested in flying to Argyle, but do not want to make an announcement as yet, because they don’t want their competitors to know what they are doing.

The international airport, the nation’s first, has missed completion deadlines annually since 2011.

The latest completion date is June 2016, with the airport beginning to operate before the end of this year.

Gonsalves told the convention that rain, the delay in the removal of the petroglyphs, and the disbursement of funds had contributed to the delay in completion the airport.