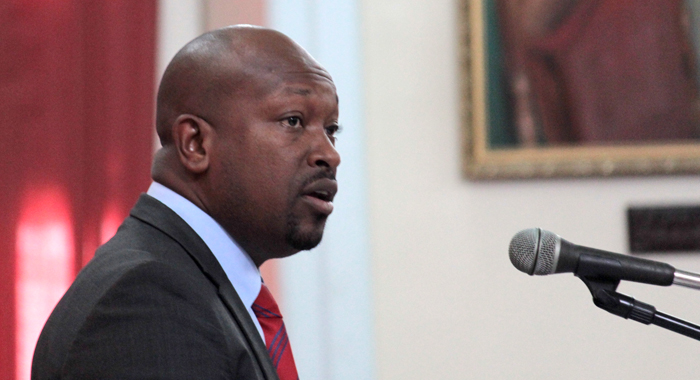 Minister of Agriculture Saboto Caesar has congratulated the Organisation of Eastern Caribbean States on its 35th anniversary and has called on the nine-member grouping “to remain united, organised and functional”.

He made the call in Parliament last Thursday as United Kingdom nationals were voting in a referendum in which they decided to exit the European Union.

“The OECS would be 40 years old in 2021.The future shape of the OECS is dependent on the political will of its leaders and the voice of the people in the sub-region. Yes, we have made significant advances as a sub-regional organisation within the cultural, social, economic, political and jurisprudential spheres, but there is a need for us to take a closer look at strengthening the economic union,” Caesar said.

He told lawmakers that technical experts in the public service and investors in the private sector must use the Revised Treaty of Basseterre, which established the OECS Economic Union, as a practitioner’s handbook.

The way forward must be marked by enhanced efforts geared at the creation of synergies to address our common challenges, Caesar said.

“Any quest to deepen our integration must be grounded in the firm belief that economic growth relies on a consolidation of the factors of production in member states. This must become a burning desire in the minds and hearts of every citizen. There are still too many barriers which seek to subdivide us, that we allow to grow into seemingly unmovable obstacles,” Caesar pointed out.

He added: “The role of the Economic Affairs Council as a sub-regional synthesiser, geared at discovering possibilities and exploring opportunities for economic growth collectively must never be understated.”

The OECS Secretariat, in collaboration with the FAO and Ministries of Agriculture in member states, is currently attempting to facilitate an organised system of maritime transportation. This system will accommodate the movement of agricultural produce through the sub-region and has already received commendation.

Additionally, Caesar suggested that over the next decade citizens of the sub-region heighten discussion on issues concerning the medicinal use of marijuana, increasing intra-regional trade, climate change, youth engagement, agriculture and tourism diversification, hemispheric geopolitical alignment, and hopefully the stabilisation of our cricket.

“As our policymakers and citizens strengthen the chords of integration, we must avoid insularity and move towards a system of genuine sustainable collectivism,” Caesar said.