Windwards U19 aces looking to transfer form to Windies tourney 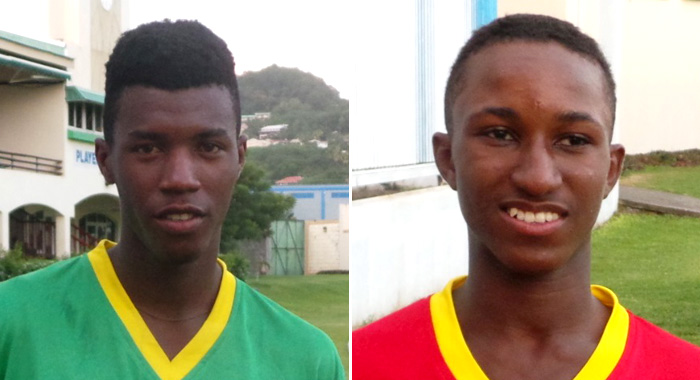 The two leading performers in the recent Windward Islands Under-19 tournament, St. Vincent and the Grenadines’ captain Othneil Lewis and his counterpart from Grenada, Emmanuel Stewart are eagerly looking forward to the upcoming West Indies tournament to stake their claims for selection to the next ICC Youth World Cup, due to be staged two years from now in New Zealand.

Lewis, who helped SVG retain their title by capturing a tournament 20 wickets (@13.74), was also named as the tournament’s most valuable player (MVP) with his tally of 149 runs at an average of 49.66.

Though happy with winning the title, Lewis was disappointed with the batsmen who collected just three half-centuries in the tournament with the captain’s 74 being the top score.

“We did not get enough runs, especially from the openers and this put a lot of pressure on the lower order,” he said.

Lewis batted at number eight for his team and was involved in a number of partnerships including two to avoid SVG losing outright to both Dominica and Grenada.

He said he felt comfortable in that position and saw no need to move up even with the top order not getting among the runs.

Coming into the tournament, he said he had two goals and he was extremely happy to have accomplished them.

“I wanted to get the most wickets and to win the tournament and I did that.”

Lewis was named vice-captain of the Windwards U19 Team for the West Indies tournament, which will be played here later this month.

He said he is looking to do well there as well.

Stewart led the batting with 256 runs and was the only player to get past the 200 mark and also recorded the only century (102) against SVG in their final match at the main Arnos Vale Playing Field.

“I came into the tournament a bit out of form but I started hitting the ball better as the tournament went on,” Stewart, who was named captain of the Windwards Team, explained in an interview after the match.

He said that while disappointed at not winning the tournament after SVG, who were set 240 for victory held on at 97/7, he was happy with the way his team performed with the bowlers getting wickets and the batsmen scoring runs.

Stewart, who was also the leading run-scorer in the 2015 tournament as well as the 2013 U15 tournament, said he is looking to transfer the current form into the West Indies tournament.

He was a member of the West Indies Team that won the U19 World Cup in Bangladesh this year, but did not play a match.

The regional Under-19 tournament will take place here from July 27 to Aug. 21, allowing the duo and dozens of their contemporaries from seven teams — the six territorial sides from Barbados, Guyana, Jamaica, Leeward Islands, Trinidad & Tobago and Windward Islands, along with a composite side from ICC Americas — the opportunity to bring their talent to the fore over the three weeks of competition.

The WICB said this year the tournament will comprise three rounds of three-day matches, to be played over the first 11 days, and the Youth Super50 which will be contested by the seven teams.

Guyana are the defending champions in both formats. They won the previous three-day competition that was played two years ago in their homeland and have won the 50 overs-a-side title over the last two years at home and in Jamaica.

Guyanese will open the three-day competition against long-standing rivals, Jamaica at the rural Park Hill Playing Field — some 22 miles from capital Kingstown.

In the first round of the Super50, Guyana face the composite ICC Americas side at Arnos Vale, Jamaica meet T&T at Sion Hill and Park Hill hosts Barbados vs Leewards.

Hosts Windwards have drawn a bye.

According to the format as provided by the WICB, each of the teams will play the other once in a round-robin competition, featuring seven rounds of 50 overs-a-side matches, with the two teams accumulating the most points qualifying for the Final to determine the tournament winner on Aug. 21 at the main Arnos Vale Playing.