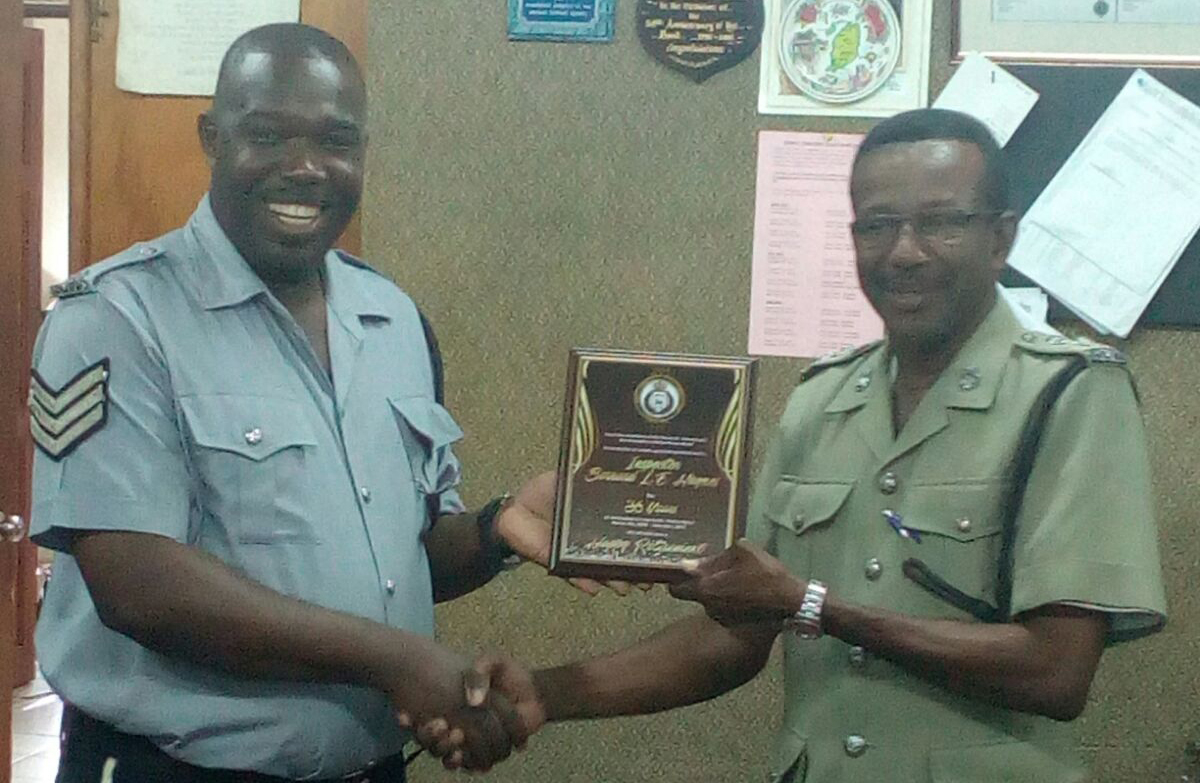 Haynes has been a police officer for the past 36 years.

“The love for the job, primarily playing music, my love for music kept me in the Police Force, so even if I had the opportunity to leave I didn’t,” Haynes said as he reflected on his tenure.

Haynes, who is married to Joy Davis-Haynes and is the father of four children – musician Reajhaun Baptiste, Anique Edwards, Bernique and Jonique Haynes, said: “Over the years, I served and I taught people. I was assigned by former Commissioner of Police Osborne Quow to even teach music at Troumaca Secondary School in forms 1, 2 and 3. All that was a sense of achievement as music is something dear to my heart and my passion is to just share that knowledge.”

Haynes said one can make a rewarding career from policing and it can be a career for life.

He said a police officer can pursue other professions alongside policing.

“You can be a police officer and a lawyer at the same time as well as a counselor and many other diverse professions. You also get to know a lot of people, but music plays an important role in bridging the gap between the public and the police, especially at independence, carnival and school sports.”

As Haynes goes into retirement he plans to teach music.

“I hope to make myself available to tutor children in the art of reading music and the playing of instruments. My intention is to have a music school eventually.”

Haynes said he would like to thank the Commissioner of Police and members of the Police Force for their support over the years as well as the Government and people of St. Vincent and the Grenadines.

Haynes is the only police officer that has played in every Independence Parade since 1979.

The Commissioner of Police and members of the constabulary wishes Inspector Haynes well in his future endeavours.