Three Vincentians rescued at sea within a week; one reportedly died 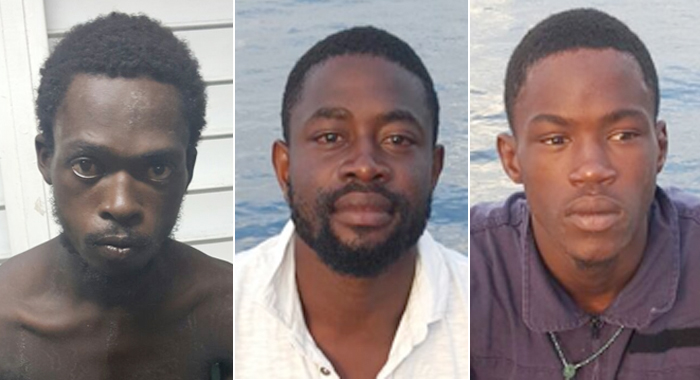 The Coast Guard was informed on Monday July 18 by Union Island Police Station that Junior De Roche and Bradley Dickson left St. Vincent on Saturday July 16, about 3 p.m. for Union Island in a 16-foot fishing vessel. About 4:30 p.m., the vessel developed engine problems off Petit Canouan. The men attempted several times to restart the engine without any success and started to drift.

Upon receipt of the overdue vessel report, a search and rescue operation was activated for De Roche and Dickson. The Maritime Rescue Coordinating Centre in Trinidad and Tobago and other relevant agencies were informed and searches were conducted by the Coast Guard. The Coast Guard was also informed that a vessel left Union Island on July 16, to conduct searches for the men, with negative sighting.

De Roche in his statement given to the Coast Guard stated, “We made several cell phones calls to family and friends including the owner of the vessel, however, we continue drifting outside of cell phone coverage and sight of land. On Thursday, July 21st, 2016, I decided to try to start the engine again by pulling out some wires and placing them back on, the engine then start. We then began to run the boat and while doing so we saw a boat in the distance and we decided to go towards it. When we reached it, we flagged it down and asked for food. We were given food, water and orange juice; however, the vessel continues of its route. We decided to follow the vessel, it stopped, took us onboard including our vessel and was told that we will be taken to St. Vincent.”

On Friday, July 28, SVG Coast Guard was informed by Jamaica Defence Force Coast Guard that fishing vessel Sharky, registration number J8-869 was rescued by M/V Trinidad Trader with one person onboard, Macgyvar Allick. Trinidad Trader which was en-route to Kingston, Jamaica, and on arrival at outer anchorage handed over Sharky and occupant to a Coast Guard Cutter which towed it to HMJS CAGWAY, Jamaica Coast Guard Base.

Allick informed the Jamaica Coast Guard that there was another occupant onboard which he only knows as Bernard. He said Bernard died, his body was decomposing and as a result he throw him overboard and that they were drifting for a month and a half. Allick was taken to the Kingston Public Hospital for medical treatment for dehydration. His mother was contacted about his rescue and she confirmed his name and date of birth to be Macgyvar Allick, 25, of St. Vincent and the Grenadines.

On Saturday, July 18, SVG Coast Guard received an overdue vessel report from Inegus Miguel, who reported that his fishing vessel Sharky registration number J8-869 left Rose Place on Tuesday, June 14, on a trial run to the North Leeward coast and was expected to travel to Union Island. He informed the Coast Guard that the vessel was captained by Bernard Roberts and crew Macgyver Allick. He added that he made several attempts to contact them via cell phones but his efforts were futile.

The Coast Guard upon receipt of the report of Overdue F/V Sharky commenced search and rescue operations for the vessel and its occupants. The Maritime Rescue Coordination Centre, Trinidad and Tobago Coast Guard and other relevant authorities/institutions were contacted and provided will all information on “Sharky”. Owner and relatives of the persons onboard were provided with periodic updates on the SAR operations for F/V Sharky.

The St. Vincent and the Grenadines Coast Guard Service is advising boat operators to adhere to the following boating safety recommendations:

One reply on “Three Vincentians rescued at sea within a week; one reportedly died”