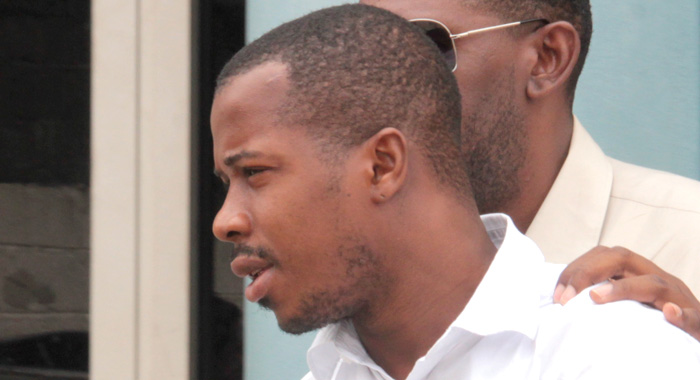 Police in St. Vincent and the Grenadines are investigating some 60 reports that a South Leeward man collected money from persons, deceiving them into believing he could secure employment for them on a cruise line.

For a second consecutive week, Tedroy Mc Cree of Penniston on Monday appeared at the Kingstown’s Magistrate’s Court, where three deception charges were laid against him.

The 31-year-old man is charged that between March 1 and 31, 2016 at Kingstown he, by deception, dishonestly obtained EC$315 in cash, the property of Bertram Ambris of Layou with the intention of permanently depriving him of it, contrary to Section 64(1) of the Criminal Code.

Mc Cree is also charged that between Feb. 1 and 29, 2016 at Hope Well, he, by deception, dishonestly obtained EC$175 in cash, the property of Shaundel McKree of Hopewell with the intention of permanently depriving him of it, contrary to Section 64(1) of the Criminal Code.

He is also charged that on July 21, 2016 at Kingstown, he, by deception, dishonestly obtained EC$175 in cash, the property of Jessylla Alexander of Old Montrose with the intention of permanently depriving her of it, contrary to Section 64(1) of the Criminal Code.

Mc Cree was not required to plead to the indictable charges when he appeared before Magistrate Bertie Pompey.

Prosecutor Station Sergeant Richards objected to bail, telling the court that the police were investigating 60 reports against Mc Cree and asked that the accused be denied bail for three weeks.

Richards said that the investigations would take some time, as the police have to conduct electronic interviews in relation to each allegation.

He said the chief investigator, Corporal Bion Duncan, is an effective detective and said he would work on the cases as quickly as possible.

The prosecutor said that police believe that if granted bail, Mc Cree would interfere with the investigation, and is also considered a flight risk.

He asked the court to keep Mc Cree in custody for three weeks, saying that after the three weeks, the Crown would be in a better position to advise the court.

But defence counsel Israel Bruce “vehemently” opposed the Crown’s application, saying that while the prosecutor had indicated that the investigation was on-going, he did not say how many statements were yet to be taken by the police.

Bruce said that the Crown had provided no evidence that Mc Cree would interfere with the investigation, adding that measures can be put in place to prevent the accused man from leaving the state.

He further said there is nothing preventing investigators from conducting its interviews with McCree while he is on bail, adding that he thinks it would be enough to keep McCree in custody for another week.

Richards, however, pointed out to the court that while the court had asked for one week last week, only three additional charges have been laid in relation to the 60 reports and noted that an electronic interview has to be conducted with the accused man in relation to each allegation against him.

The magistrate, however, said that he thinks one week is enough before bail is considered again.

Last week Monday, Aug. 22, Mc Cree appeared before Pompey charged that on May 16, 2016 at Stubbs, he dishonestly obtained by deception 300 euros in cash from Vradick Richards of Stubbs.

He was also charged that between May 18 and 31, 2016 at Union Island, he dishonestly obtained by deception EC$600 in cash from Richards.