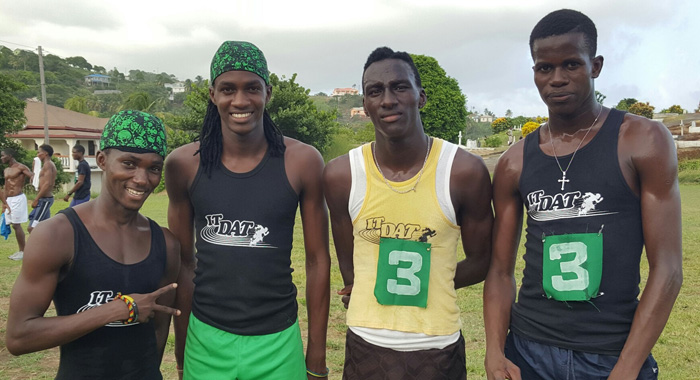 Representatives from a number of primary and secondary schools as well as athletics groups from across St. Vincent and the Grenadines participating in the inaugural Digicel Biabou Road Relay on Sunday.

The race was a four-legged relay, coordinated by Rawlson Morgan in conjunction with the Biabou Sports Association and Team Athletics SVG.

It was funded by Digicel SVG and saw the athletes running in and around the Biabou community, starting and ending at the Biabou Playing Field.

Eleven teams took part in the race, which was divided into three categories: Primary School, Secondary School and Open.

In the secondary schools category, the St. Clair Dacon secured the first place award. IT.DAT 1 were the winners in the Open category, while Chatoyer were adjudged second and XCEL 1 third.

The overall winners of the road relay were IT.DAT 1, Chatoyer took the second spot with XCEL 1 3rd. The top three teams in each category were presented with cash prizes.

A very brief closing ceremony concluded the event with remarks from Rawlson Morgan who represented the coordinating team and Digicel’s Marketing Manager, Danielle Cupid. The event organizers expressed much thanks to DIGICEL SVG Ltd. for its generous support of road relay, both in cash and in kind of road relay.

The organizers added that it is their hope that they would have done enough to encourage the telecommunications company to stay onboard and even draw other entities to sponsor the 2017 event.