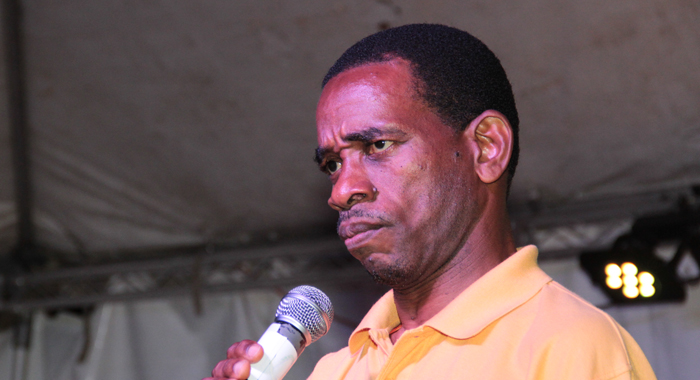 Igal Adams, host of the opposition New Democratic Party’s (NDP) daily radio programme, New Times, has announced that he is standing down from that position until the police conclude an investigation of unlawful sexual intercourse with a minor, in which he is a person of interest.

The 63-year-old Green Hill resident made the announcement on Monday during the New Times programme, which, as usual on Mondays, was hosted by Clemroy “Bert” Francois.

Adams was arrested on Friday night, one week after the mother of a 14-year-old girl told police that he had had sex with the child at least twice since 2013, when the girl was 11 years old.

Police interviewed him and released him Saturday evening without charge, pending the outcome of further investigation.

In St. Vincent and the Grenadines, the age of consent is 15.

Adams denied the allegations against him, saying, “I, Igal Adams, want to state categorically that I deny any and all allegations brought against me. Those allegations are false and unfounded.”

He, however, said he has looked at the position taken by the NDP when a police officer in 2008 accused Prime Minister Ralph Gonsalves of rape.

“When Dr. Gonsalves was charged, Mr. Eustace demanded that Gonsalves should step aside until the matter is dealt with,” Adams said.

“As one who was in agreement with that position and still is, I, as a Christian and an individual who believe in fair play, do take this decision to stand down as host of the NDP New Times programme until the police have completed their investigation,” Adams told listeners.

“I am, therefore, calling on the police to at least try to conclude the investigation as speedily and complexly as possible.”

2 replies on “Opposition radio host steps down amidst sex scandal”