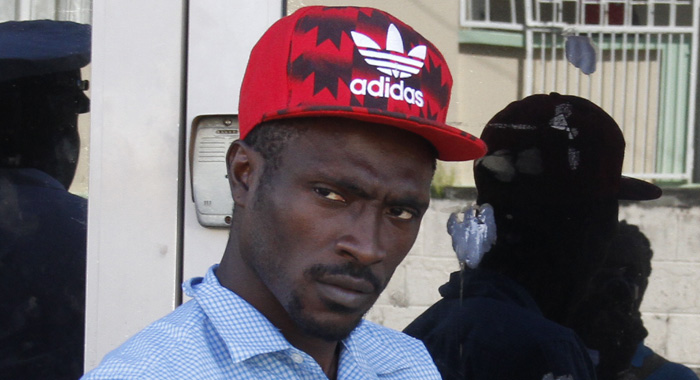 A man who has been charged with stealing two bottles of liquor and a soft drink on Christmas Eve was granted bail when be appeared in court on Wednesday.

Luther Badnock is charged with stealing two bottles of Hennessy Cognac, valued EC$210 and a Fruta, valued EC$5 from Massey Stores on Dec. 24, 2016.

He pleaded not guilty to the charge, which was read to him by Bertie Pompey at the Kingstown Magistrate’s Court on Wednesday.

After making bail, he threatened to harm media workers outside the court house who took his photograph as well as those of other accused persons who appeared before the court that day.

Badnock said that he only contained himself because he did not want to “pick up another charge”.

A number of persons outside the court, who seemed to know the accused man, repeatedly urged him to go his way and ignore the photographers.

He did so after much insistence on the part of the persons.