No mas at Victoria Park on Carnival Tuesday 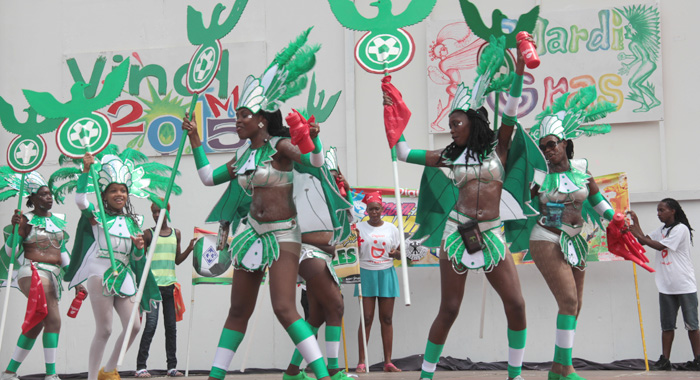 Masqueraders will not cross the stage at Victoria Park for Mardi Gras 2017.

Among the changes that the Carnival Development Corporation (CDC) has introduced for Vincy Mas 2017 is that the poorly-attended show will not take place at “Carnival City”.

“It is going to be a moving street party that the revellers, the masqueraders, the spectators have [with] an opportunity to see mas on the street all day carnival Tuesday,” chair of the CDC, Ricardo Adams told iWitness News on Tuesday.

But with the change to Mardi Gras, the CDC might face some pushback from persons who are married to the idea of “crossing the stage” at Victoria Park.

Adams told iWitness News that taking it to the streets doesn’t mean that masqueraders don’t cross a stage.

“You just don’t cross the stage at Victoria Park,” he told iWitness News at the media launch of Vincy Mas 2016 in Kingstown.

He said the CDC is in discussion with the people who are involved with the logistics and the mas bands “as to how we formulate the stage experience on the streets of Kingstown”.

Adams said that, fundamentally, the concept is that mas needs to be brought on the streets to the masses “and let’s try to keep it flowing, rather than heading to Victoria Park and pilling up into a bottleneck of three or four bands waiting and hour and a half to cross the stage in front of 50 patrons”.

The CDC is also concerned about the poor attendance at Dimanche Gras, the night of the calypso finals, as well as King and Queen of the Bands.

“What we are hoping is that by driving the assistance we give at the tent level, we can then raise the attendance at the semi-finals and we are hoping that the calypsonians will help to contribute by bringing a bigger variety of songs so that when we get to the Dimanche Gras level, there is enough interest in the calypsos to start raising the bar again,” Adams told iWitness News.