‘A couple of presidents’ coming for Argyle Airport opening 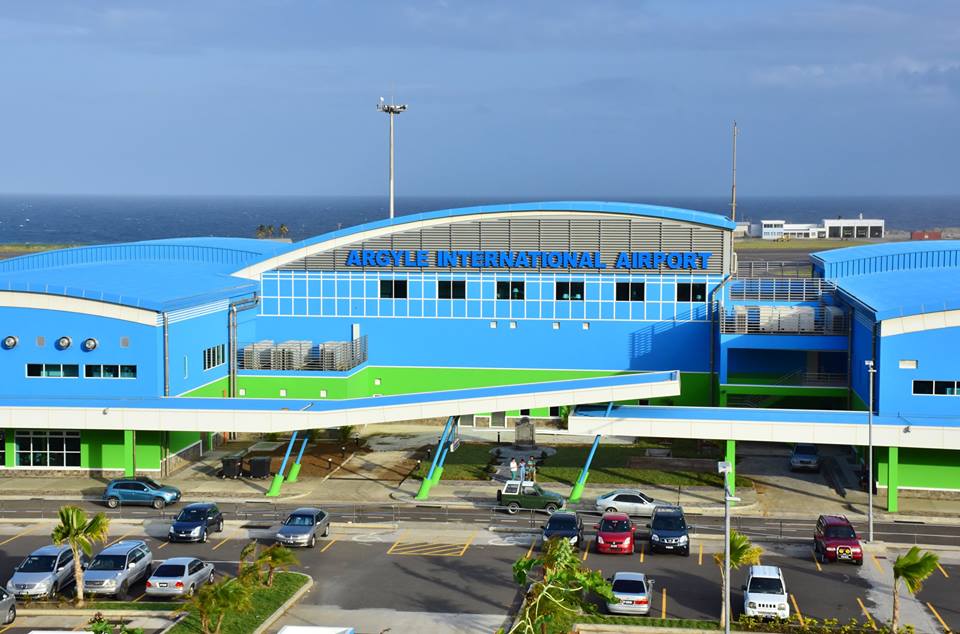 “A couple of presidents” and “a vice-president” will come to St. Vincent for next Tuesday’s opening of the Argyle International Airport, Prime Minister Ralph Gonsalves tells iWitness News.

He did not disclose the identities of the foreign heads of government besides saying that one of them is President of Guyana, David Granger, who is also chair of the Caribbean Community, will attend the event.

“I don’t think there is any overwhelming security issue attached to President Granger,” Gonsalves said in a Facebook Live interview with iWitness News on Wednesday at the airport.

He later told an event to honour former owners of properties where the airport is now located that the Cuban and Venezuelan governments will be represented at the event.

Venezuela and Cuba have contributed significantly to the construction of the EC$700 million airport, which is opening six years behind schedule with a further EC$400 million added to the national debt.

Gonsalves further told the homeowners that he is hoping to bring back to St. Vincent for Tuesday’s event 60 of the Cubans who worked on the airport.

“You had, at various times, over 220 Cubans that came here and at one time, you had up to 112, but we are bringing back 60 of them to thank them, like we are thanking you,” the Prime Minister told the former property owners.

In the interview with iWitness News, Gonsalves said all heads of government of the 15-member CARICOM have been invited to attend.

He, however, said that Prime Minister of Grenada, Keith Mitchell and the Premier of Montserrat, Donaldson Romeo, have indicated that they have prior engagements, and so too “a couple of fellas”.

Gonsalves was especially hopeful that Roosevelt Skerrit, Prime Minister of Dominica, now the only independent CARICOM nation without an international airport, would be able to attend Tuesday’s event.

CARICOM will also be represented by its Secretary General, Irwin LaRocque, and the Organisation of Eastern Caribbean States by its Director General, Didacus Jules.

The widow of Patrick Manning, former Prime Minister of Trinidad and Tobago, and several other dignitaries, including President of the International Civil Aviation Organization, Olumuyiwa Benard, will also attend the event.

PM says airport opening will not be political rally