Rudy Matthias in a wheelchair 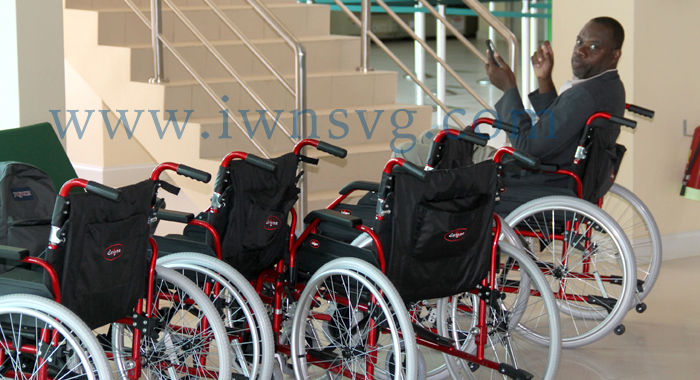 And relax he did last Wednesday as he awaited the commencement of a ceremony in which Argyle International Airport, the company that will manage the airport, presented certificates of appreciation to former property owners at the site where the airport is built.

What was interesting, though, is where the perfectly able-bodied Matthias went to relax: in one of the wheelchairs inside the international departures area that the EC$700 million airport. 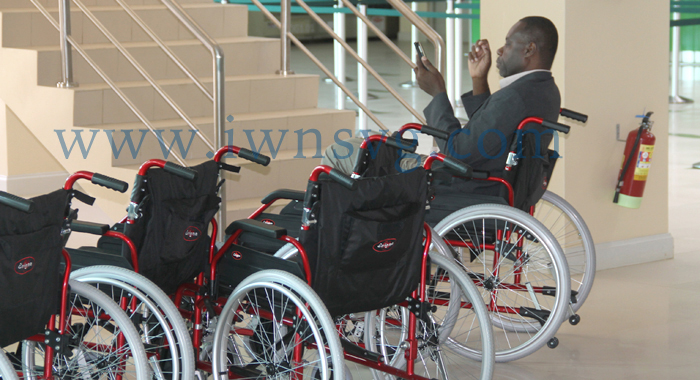 He sat there for some time on his cellphone as persons toured the terminal building and Prime Minister Ralph Gonsalves interacted with visitors to the airport and journalists, giving this Facebook Like interview to iWitness News. 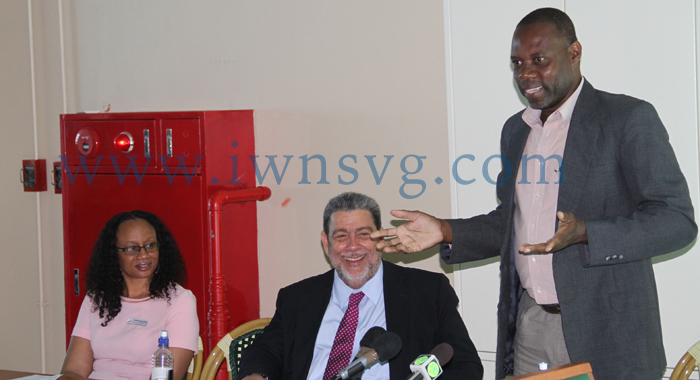 Matthias later addressed the former property owners, thanking them for giving way for the construction of the airport. (iWN photo)The airport will open on Tuesday, six years behind schedule, with two chartered international flights, in addition to regularly scheduled flights by LIAT and Grenadine Air Alliance.

The new airport has added EC$400 million to the national debt, a figure that assets owned by state companies can cover, Gonsalves said.

2 replies on “Rudy Matthias in a wheelchair”